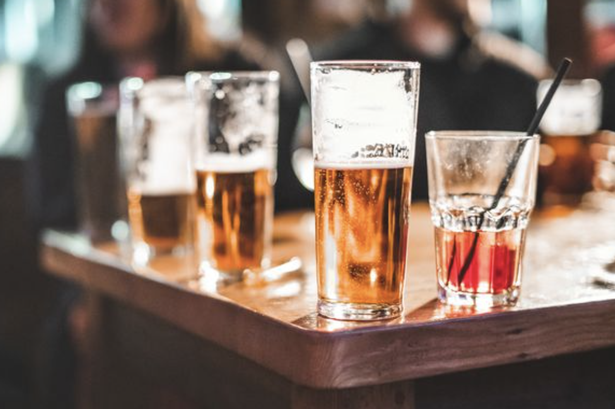 STUDENT Unions have issued warnings of the increasing potential risk of spiking as nightclubs are back open. It comes as Gardai are investigating reports from a young woman who alleges she was left with injuries consistent with being pricked by a needle while out socialising in Dublin.

There have been several further reports in recent weeks of people being injected with drugs without their knowledge in bars and nightclubs. People can also fall victim to so-called ‘date-rape’ substances slipped into their drinks.

female became disorientated whilst socialising in a licensed premises

The Garda Press Office confirmed that officers at Store Street were investigating a report from a female in relation to an alleged assault.

“The nature of the incident is that the female became disorientated whilst socialising in a licensed premises and discovered the following morning physical bruising possible caused by a needle prick,” a spokesperson said.

“The injured party in this case was supported by friends and brought home safely on the night and subsequently received medical treatment.”

An Garda Siochana continue to liaise with and support the injured party.

Gardai have advised any victims of similar incidents or any form of ‘drug spiking’ to come forward and report such incidents.

Following the lifting of Covid-19 restrictions on late bars and clubs, the UCD Students’ Union said it been informed of possible spiking instances as young people began to socialise again. The union shared posts across its social media channels to highlight the signs that could mean someone potentially has been the victim of a spiking or that someone’s drink has been tampered with.

Union welfare officer, Molly Greenough, said it was “incredibly disheartening” to see the rise in reported cases of spiking across Ireland and the UK.

it’s important that students are equipped with the knowledge to better help them protect themselves and look out for their friends.

“It is vital to emphasise that the onus never lies on the victim to not be spiked, but rather on the perpetrator to not commit such a heinous crime,” she said. “Still, it’s important that students are equipped with the knowledge to better help them protect themselves and look out for their friends.

“Finally, and while these can be tough conversations to have, it’s important for those in a position of privilege to safely call out peers on unacceptable behaviours when you see it happening.”

Students’ union gender equality campaign co-ordinator Niamh Scully said there are signs students can look out for if someone had been spiked. Some of the signs include the person feeling dizzy, slurring their words, memory loss or a loss of consciousness.

Every picture tells a story on Suir Valley rail