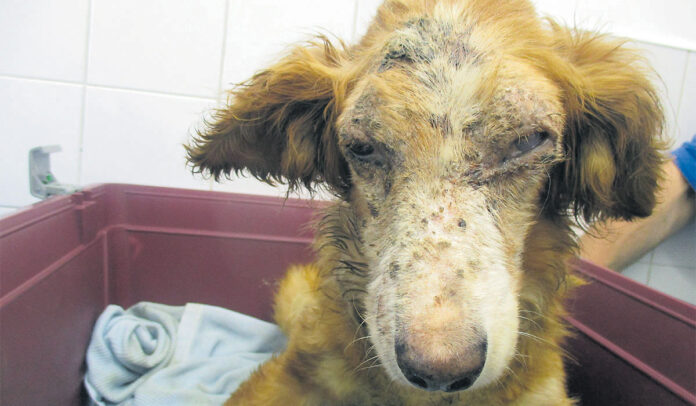 Two brothers have been given prison sentences and banned from owning dogs for life after 56 severely neglected dogs were found on their property.

Judge Brian O’Shea handed down four-month sentences to Patrick and Michael O’Brien, of Monaman, Lismore, Co Waterford, in Dungarvan District Court. They had pleaded guilty to offences under the Animal Health and Welfare Act (AHWA) 2013. They were ordered to pay costs of €1,330 and €1,979 in vet fees.

At a hearing on May 13, the court heard how ISPCA animal welfare inspector Alice Lacey followed up on a report from a dog warden, who was concerned about an estimated 20 dogs.

A thorough inspection of the property and associated outhouses, sheds and neighbouring fields belonging to the two men uncovered 56 dogs in varying stages of neglect. Ms Lacey said the dogs had been allowed to continuously breed and multiply on the property.

undoubtedly the worst case of animal abuse he had seen

She said they were living in horrendous conditions with a lack of natural light and little ventilation where most of the dogs were being housed, as well as a build-up of faeces and an overpowering stench of ammonia. Most of the dogs did not have access to water.

Ms Lacey said the dogs were suffering from a range of health issues including untreated skin conditions, malnourishment, bite wounds and matted coats, which were caked in faeces and urine.

A number of the dogs were also blind, which it was believed was as a result of inbreeding.
Ms Lacey said there were so many unwanted dogs being born on the property that they were destined for a life of little human interaction, socialisation and care. The result was that most of the dogs were almost feral and terrified of human contact. She said it was one of the worst cases of neglect and cruelty she had encountered.

On passing sentence, Judge O’Shea commended the work of the ISPCA and Ms Lacey. He added the case was ‘at the upper end of the range of gravity’ and ‘undoubtedly the worst case of animal abuse’ he had seen.

Neil Twomey, solicitor for the O’Brien brothers, told the court they were elderly reclusive men living in appalling conditions.

The science behind the ‘Festive Food Coma’ after Christmas Dinner