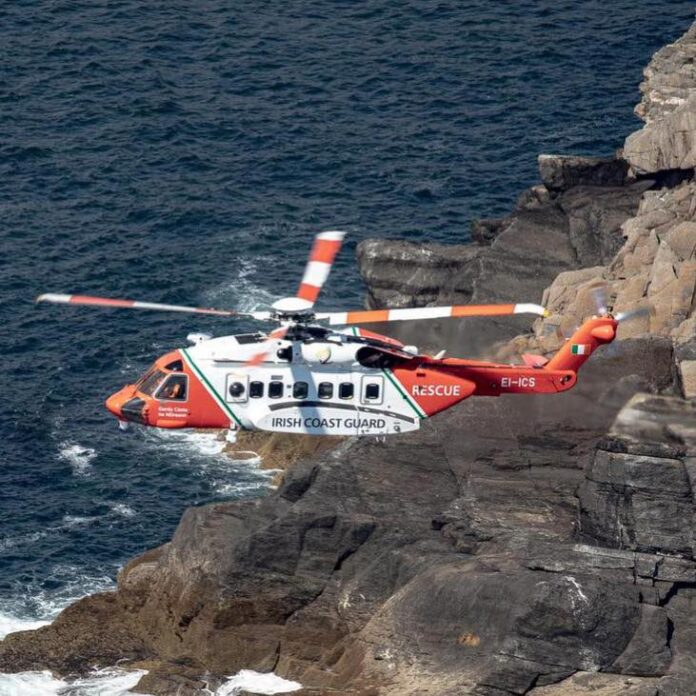 THE future of the Waterford Search and Rescue base has been secured, after the Government bowed to pressure to retain the vital service for the region.

There were fears Rescue 117 would be lost under a new contract, however, following discussions at Cabinet the contract will specify the need for the four bases in Waterford, Sligo, Dublin and Shannon to be retained.

The tender for the €800m contract had stated there should be a “minimum” of three helicopters included in the new deal. This had prompted fears that Waterford could lose its
helicopter base, which would have had ramifications for the South and South-East region.
The R117 helicopter crews had a busy year in 2021, having typically responded to around 700 calls a year — this increased to over 900 last year.

Local representatives in the South-East region had pressed the Government to clarify the future of the Waterford base, and ensure it would not be lost under the new contract.
Ahead of the crunch talks, Transport Minister Eamon Ryan said it was a “critical” issue and the Government would ensure the tender was handled in a “proper, organised way so that we get the best value and so that we get the best service”.

A statement from the Department of Transport said: “The amendment will ensure the delivery of wider Government policies concerning balanced and even distribution of State services and investment, particularly the needs of island and rural communities.

“It is great news that all four bases will be retained.”

Waterford Senator John Cummins said he had always been hopeful the Cabinet would approve the inclusion of four bases in the tender process.

“I stated that I didn’t share the downbeat assessment that such a vital service would be lost to the region,” he said.

“I have engaged extensively over many months with Tánaiste Leo Varadkar on this issue and I want to acknowledge the work of the three Government party leaders and Minister  Naughton for their commitment to clarifying this matter.”

Meanwhile, Fine Gael TD Paul Kehoe said: “This is such an important service for the South-East and have been of great comfort to many families.”

And Sinn Féin TD David Cullinane said: “There were fears that one base could be scrapped but thankfully that has been avoided following strong representations from TDs and senators across the South-East.

“It is great news that all four bases will be retained.”