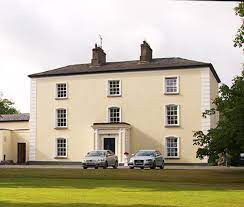 PLANS to build apartments on the site of the historic Viewmount House have been rejected, after strong opposition to the plan from locals.

The proposal to develop a two-storey residential block comprising eight two-bedroom flats at Viewmount House, located in the Viewmount Park housing estate on Waterford’s Dunmore Road, would detract from the house, which is a protected structure, and would affect the amount of green and recreational space available in the estate, council planning chiefs maintained.

The application was first lodged by Holmacre Investment Limited on May 9th this year but faced stiff opposition, drawing almost 70 submissions from residents and accusations that Waterford City and County Council had made a “highly inappropriate” endorsement of the project following a letter of support provided for developer Holmacre Investment.

Fears were also raised that works would require the chopping down of a 300-year-old Cedar tree on the half-acre site. Viewmount House, which is now used as offices, was built in the mid-19th century as a country house. The city’s expansion eastwards has meant it now stands in the middle of the Viewmount housing estate containing roughly 300 homes.

While council planners disagreed that the apartments would overly impact on locals, they turned down the developer’s plans, saying the proposal’s “overall form, scale, massing and location is considered inappropriate” and would not be in line with good conservation practice.

negatively impact on the land around it

It would “dominate” and “visually detract” from the architectural character and significance of Viewmount House and negatively impact on the land around it.

If permitted, the council feared it would set an “undesirable precedent” for similar developments on the lands of large historic houses.