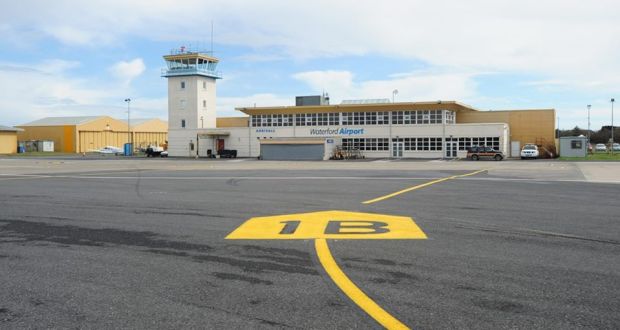 Waterford Airport is pinning its hopes on an investment plan of to €8m, due to be announced in the coming weeks, which backers hope will give it a chance of resuming commercial flights.

The key shareholder in the airport has also ruled out receivership, amid fears for the future of the company which has been without commercial flights since 2016.

At a recent meeting, the board of directors agreed they were satisfied the shareholder’s attempts to secure private sector funding have been successful and will soon be in place.
It is understood documents were provided to the board to reassure that funds would be available for the company.

It comes after three years of extensions granted by the board as the company sought investment for its 900m long runway expansion, to match approximately €7m from the public purse.

The funding plan will be shared at an emergency general meeting for shareholders after directors meet in mid-June.

The airport has struggled financially in recent years. Annual emergency payments from the Department of Transport, which totalled €1.5m over three years, were pulled due to the pandemic.

A commitment of €5m capital funding for the runway extension was granted by the department in 2019, with the remaining €2m committed by local authorities in Waterford, Wexford, and Kilkenny.

The project was costed at €12m at the time however it is believed this has risen due to inflation, and therefore the private sector funding must increase in line with rising costs.
Extending the airport runway is considered crucial to the furthering of commercial activity at Waterford Airport.

Sinn Fein TD for Waterford David Cullinane said that although original costings of the extension had been €12m, with the significant increase in building and supply costs since those figures were arrived at, the current cost is coming in at around €15/€16m, adding “we can’t have a situation where this goes on for another couple of years”.