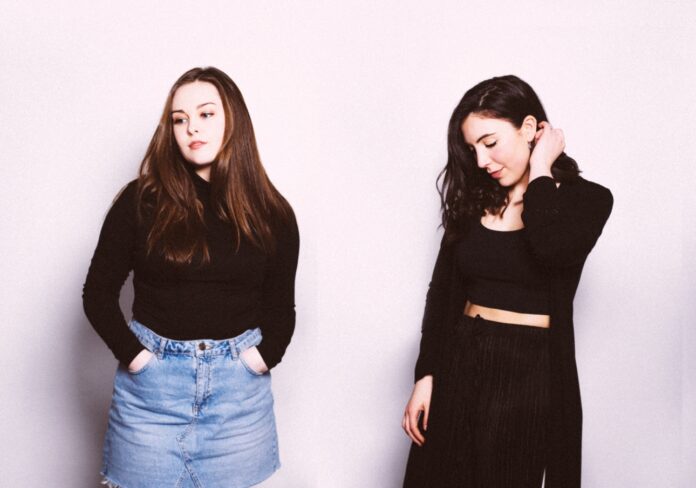 RECEIVING a Best Irish Act award from The Irish Times, an award from RTE Radio, and nominations for the Choice Music Prize and Northern Ireland Music Prize, Saint Sister are coming to Garter Lane Arts Centre on Wednesday, November 17.

Blending both synth-pop, contemporary classical and folk traditional music, Morgan McIntyre and Gemma Doherty have created a sound unique to Saint Sister. They’ve had multiple television appearances, received critical acclaim for their performances at the National concert Hall, and following their performance in Waterford they move onto The Olympia Theatre in Dublin for a headline show to conclude their Irish tour. This performance at Garter Lane is a unique opportunity to witness one of the sought-after bands in Ireland in an intimate setting.

Waterford had not been originally planned to be included on Saint Sister’s current tour to promote their latest album “Where Should I End”, which was released in June earlier this year. With funding provided by the Growth Hub Bursary at Waterford Institute of Technology, music and business students are collaborating with one another to run and promote this event, Saint Sister agreed add Waterford as one of their stops for the tour This project sets out to provide a new generation of potential music industry professionals for the region to accumulate experience while also providing music lovers an opportunity to see a world class act that would have otherwise overlooked the city.

In the run up to this event students from both courses received guest lectures from Stephen Butler (manager and booker at The Set Theatre Kilkenny), Sheena Madden (Amplify PR with clients that include Choice Music Prize winner Denise Chaila), Una Molloy (manager and booker at Lost Lane Dublin, tour manager for Lisa Hannigan) and singer-songwriter Emma Langford. With the combination of real-world experience from promoting their own event, alongside the advice and assistance from industry professionals, it has proven to be an invaluable learning experience that will also have a positive influence on the cultural landscape of Waterford City.

Tickets are €17.50 (€12.50 for students, seniors and unwaged) and are available from the Garter box Office and from www.garterlane.ie

City flies the flag to show its Pride