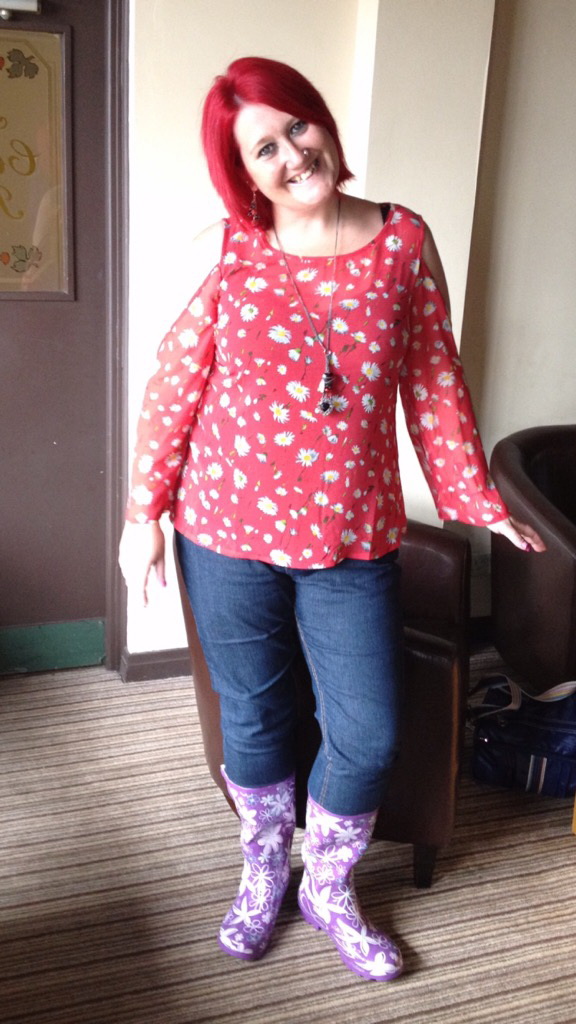 A terminally-ill Wicklow woman who was told by doctors she has only months to live and managed to meet with one of her music idols from, Take That, has passed away surrounded by her family.

Band member, Mark Owen, went out of his way to ensure he met mum of two Tina Potts, from Ballyguile, Co Wicklow last April at the 3Arena.

Despite being bed ridden in hospital, 40-year-old Tina, who had ovarian cancer, summoned the energy and with the approval of her medical team, saw her favourite band live in concert for one last time.

Ms Potts, was given a 30% chance of living until Christmas as she bravely fighting the silent killer disease. Her cancer was diagnosed at a late stage due to suffering symptoms, which included fatigue, bloating, bowel changes and a build-up of fluid in her abdomen. She had been urging women to get themselves checked out by medics for peace of mind.

Close friend Laura Ryan said: “Unfortunately Tina passed away around midday on Wednesday but was surrounded by everyone whom she loved and loved her unconditionally.

“It’s just so upsetting for everyone. She was just too young to leave us all at this time of her life. Tina was really a great person and wonderful friend.”

The mum, who was permanently confined to a wheelchair due to her crippling illness, had bought standing tickets for the Take That concerts prior to becoming so unwell but found out that the disability section in the 3Arena was full.

Government needs to put money where its mouth is when it comes to location...