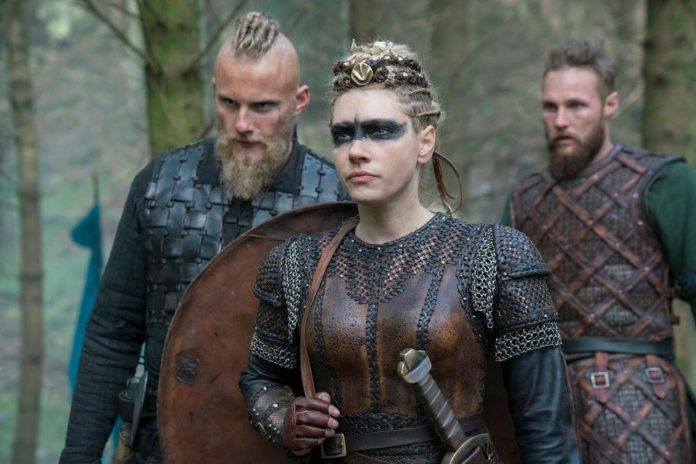 There was great news for film industry in Wicklow this week after it was announced that the spin-off to Vikings TV show is to be made here.

Bray based Morgan O’Sullivan will again executive produce and it will also return to Ashford Studios.

The “explosive next chapter” of the now-finished TV series will be called Vikings: Valhalla and will be made by MGM Television for Netflix, which has ordered 24 episodes.

The original Vikings was filmed in Wicklow between 2012-18 and is going into its final season on the History channel in the US and Canada.

The new series is set a century after the end of of the original story and will focus on Leif Erikson, Freydis, Harald Hardrada and the Norman king William the Conquerer.

Its heroes and heroines will “blaze new paths as they fight for survival in an ever-changing and evolving Europe”, Netflix said.

The original Vikings was created by Michael Hirst who previously created The Tudors, which was also filmed in Wicklow, while Vikings: Valhalla will be written by Jeb Stuart. Over its six series, Vikings, which also aired on RTÉ2, featured a long list of Irish actors, including Moe Dunford, Ferdia Walsh-Peelo, Jonathan Rhys Meyers and Leah McNamara. Gabriel Byrne starred in the first season.

The studio says the move will allow it to “compete at the heart of the international film and TV production market”.

The plans involve demolishing a series of administrative and security buildings.

In total, the new buildings planned would extend to 4,049 sq m.