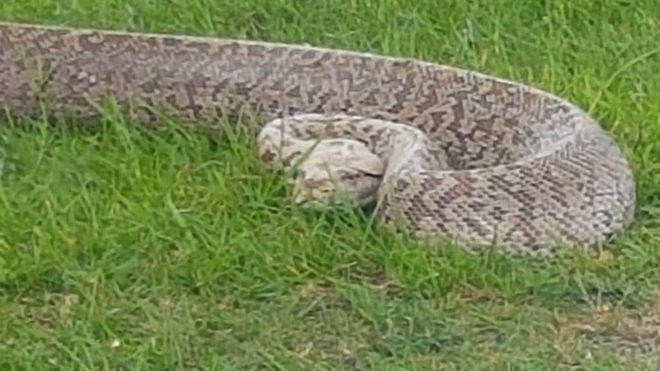 The snake that was rescued from the Wicklow mountains last month has died. ‘Sammi the Snake’ was a Burmese python who was found severely dehydrated, underweight and injured.

It is likely she was abandoned by her owners, according to the ISPCA. The female snake was captured by Wicklow National Parks and Wildlife. She was then cared for by the ISPCA but, sadly despite their best efforts, could not be saved.

Conor Dowling, the ISPCA’s Chief Inspector said that she was in a very poor condition when found. “She was neglected for some time, for several months. She wasn’t receiving the care she needed.

“She either wasn’t being fed or wasn’t eating. These animals can go off their food if they are in an unsuitable environment, or if they are stressed, and they just fade away,” Mr Dowling explained.

“She wasn’t shimmying up the mountain on her own; she was more than likely dumped.”
According to Mr Dowling, Burmese pythons are not actually that rare in Ireland, and are often bred in captivity as pets.

However, they can grow to enormous lengths, with many people unable to house or feed them. As a result, snake-owners often dump their pets in the wild. Sammi is not the first snake to be found and won’t be the last, according to the inspector.