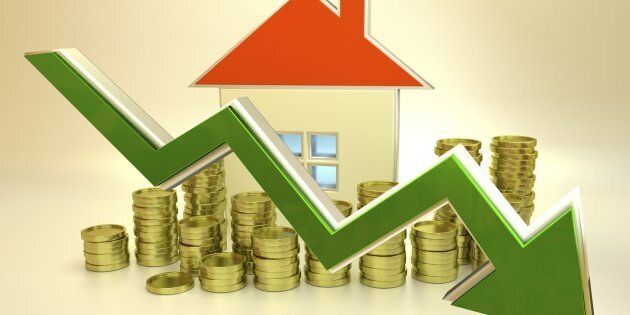 HOUSE prices have dropped in almost every part of the country in the past six months.  Apartment prices are rising in most parts of the country, whereas in Wicklow, prices dropped more than 8%.

The Residential Property Price Barometer covers actual prices achieved by auctioneers in the first six months of 2019, for the three bestselling property types.

In Wicklow the change in the six month period has been:

Nationally, there has been a drop of 1.34pc in the price of 3-bed semis and 1.68pc for 4-bed semis. Two bed apartments have seen an average increase of 1.35pc.

The cities of Cork, Galway and Kilkenny experienced a higher increase for this property type. Despite the decrease, apartments in Wicklow remain relatively expensive. The average price of a two-bedroom flat in the city is a little over €205,000.

The highest apartment prices are in south Dublin.  The price of a two-bed apartment there has fallen by a little over one per cent but still stands at a whopping €382,000.

The barometer survey is conducted for IPAV, the Institute of Professional Auctioneers and Valuers. Pat Davitt IPAV Chief Executive said it is still the case that second-hand properties in many areas of the country can be bought for less than the cost of building the same property.

It’s a question of confidence

“In some areas the difference is substantial,” he said. And he said there is no question of a new property bubble emerging. “The factor that led to the quick ramping up of prices is the same one that is now prompting would-be buyers to hold back.

“It’s a question of confidence. People want to buy at a reasonable price but on the other hand there is a fear of paying too much and getting caught in negative equity, a sentiment that runs very deep and has become intergenerational since the financial crisis.”

In a pre-Budget submission, IPAV has called on the Minister for Finance to increase the 3.5 times loan-to-income threshold for mortgages to 4.5 times income.