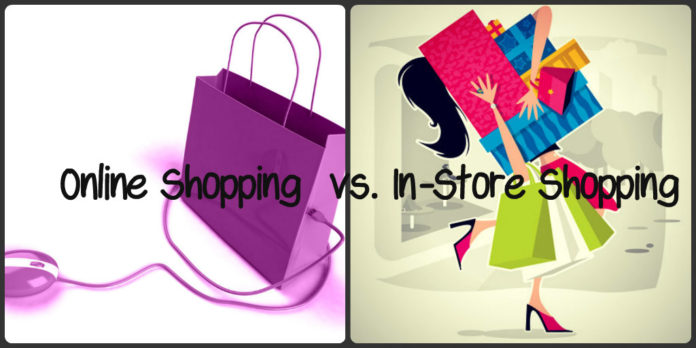 The Christmas shopping splurge marks a new round of hostilities in a war that has been raging for a decade or more over the future of the retail industry.

It has been a pretty one-sided affair, with store after store waving the white flag while online traders occupy their territory. Well, not literally. For online traders do not have a territory, just an office somewhere and warehouses sited near motorways.

So, as the big stores retreat from what the British call the high street, they are replaced by bargain-basement shops, fast food outlets, vaping shops and hairdressers. Often they aren’t replaced at all. In Britain, the number of empty shops is at a record high. In the past year, big chains such as Toys R Us, Maplin and Poundworld closed their doors.

The womenswear chain, Bonmarché, has recently gone into administration and Mothercare is shutting its shops in Britain. Monsoon, Topshop, and Debenhams are fighting for survival. The trend has been better documented in the UK than in Ireland but the impact is much the same. Many of these British retailers have shops here and our native stores are suffering from the same pressures.

We really don’t need statistics to prove the point. Just take a walk through any provincial town and you will see empty shops, even in the main streets. And it is not just our stores that are vanishing. The work of travel agents, insurance brokers, record shops and even bookmakers, is being conducted online and they no longer need downtown premises.

The bulk of domestic banking can now be conducted from a computer or a phone, and banks are abandoning their buildings. They are being replaced by nail bars and noodle shops, if they are replaced at all, and their staff are working from remote locations.

There is nothing wrong with nail bars and noodle shops, or the coffee shops that have opened on every corner. But they rely for their existence on office staff and the passing trade of shoppers. Take away the offices and the shoppers and our town centres will die.

The first pressure on downtown stores came from out-of-town shopping centres but they too are now in trouble. According to Forbes magazine: “Nearly 15% (of UK shopping centres) are 10 to 40% vacant … and 3.4% are more than 40% empty, a threshold that signals the beginning of the death spiral.”

Again, you can verify this trend in Ireland just by walking around a few centres. You will see vacant premises and space that was once occupied by high-end retailers now filled by charity shops and seasonal pop-ups.

We may end up with soul-less town centres ringed by half-empty shopping malls. Is that what you want? No? Then think carefully before your next bout of online shopping. If we don’t use our real shops we will lose them.

For me, it is no contest. I like shops where you can see the product, feel the material, try on the clothes.  Support for this view has come from an unlikely source – ParcelHero, a British company that delivers a lot of the products bought online.

“Retailers with a portfolio of stores should seek to make the most of these great assets,” said its Head of Consumer Research, David Jinks. He is encouraging customers to buy online and then go to their local stores to pick up items or return them.  He calls it BOPUS – Buy Online, Pick Up in Store – and hopes it “will result in increased sales for many of our still much-loved town centre stores”.

I can’t see what advantage this would have for Mr Jinks’s courier service but I hope he is predicting a trend. The alternative is empty main streets and, ultimately, no main streets at all.