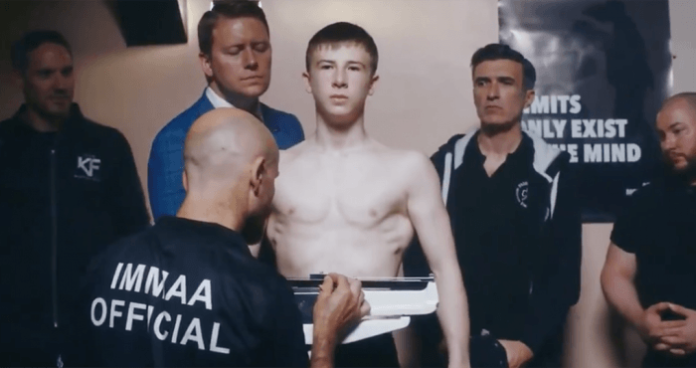 Given that it was billed as the new Love/Hate, it came as no surprise that new crime thriller premiered, Darklands, failed to live up to the hype when it debuted recently.

Created by Mark O’Connor, the man behind Cardboard Gangsters which was the biggest Irish film of 2017, the drama brings gangland and MMA scene to the small screen.

Bray on the other looks nothing short of stunning with many key scenes shot in the seaside town along with stunning panoramic shots of Bray Head and the surrounding areas.

However, after it aired viewers have criticised everything from its storyline, the acting, the accents and even the show’s sponsors are facing criticism from people on social media.

And many Irish viewers compared it to a mash up of Fair City and Love/Hate, which is probably not what the writers were looking for.

Meanwhile, the Irish Independent newspaper gave it a positive review saying: “That said, Love/Hate took a while to really get into its stride. Darklands has enough energy, grit and quality, behind and in front of the camera, to give it the same chance.”

Darklands has enough energy, grit and quality, behind and in front of the camera, to give it the same chance

The series is set amidst a gang war in a small Irish town and tells the story of Damien Dunne, a 16-year-old boy still in school, who dreams of becoming a professional MMA fighter.

Damien’s home life is troubled. His parents struggle to make ends meet, while his reckless older brother Wesley has turned to a life of crime to help provide for the family.

When a major drug deal goes wrong, Wesley goes missing. Damien begins to feel the pressure to step up as a provider for his family.

Bobby ‘Butsy’ Butler, Wesley’s best friend and a gang leader, takes Damien under his wing, promising to help him find his brother, while attempting to lure him into the gang.