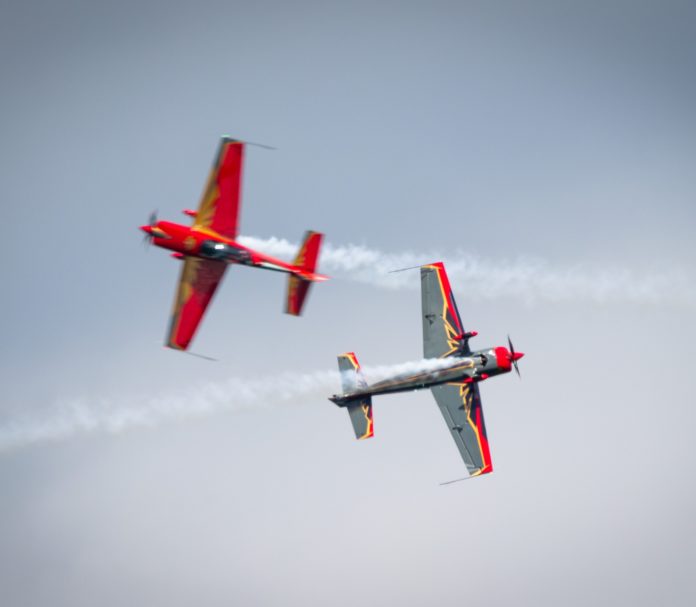 They did it again … despite some cloudy skies the organisers of the Bray Air Display managed to put on a show wowed and dazzled more than 100,000 people over two action-packed days.

Sé Pardy, Director, Bray Air Display said, “The weather certainly didn’t let us down and was the perfect backdrop to another spectacular aerobatics display.

“Pilots and aerobatic teams love performing in Bray thanks to the carnival atmosphere and spectacular backdrop of sand, sea and Bray Head. Thanks to everyone who came to Bray to support the event and cheer on the participants.”

Highlights included a very special formation display of an Aer Lingus A320 and the Irish Air Corps in Pilatus PC9 aircraft. Fearless demonstrations by Ireland’s Eddie Goggins and Dave Bruton, and the UK’s Richard Goodwin, added a dare-devil dimension to the vibrant line-up.
The Irish Defence Forces Black Knights Parachute Team and the Irish Parachute Club also held their nerve, jumping 5,000 feet onto the Bray shoreline. 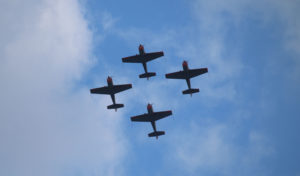 A Search and Rescue demonstration highlighted the lifesaving work of this crucial service.
The line-up also included old-time glamour with vintage ‘Tucano’, ‘Mustang’, ‘Chipmunk’ and ‘Stearman’ aircraft taking to the sunny skies.

Formation displays by the Ravens and the Royal Jordanian Falcons including fly-pasts and cross-overs mere feet apart showed team work at its very best.

As well as an action packed show in the skies there was plenty of family-friendly fun on ‘terra firma’. A food & craft village and fun fair kept young and old entertained.

“Sincere thanks to our supporters, Bray.ie, the Irish Aviation Authority and Wicklow County Council whose support makes this event possible,” he added.

“We also could not run the Bray Air Display without the wonderful volunteers who give their time and expertise so willingly.

“We’re looking forward to doing it all again next year which will be a very special 15th year of the Bray Air Display.”