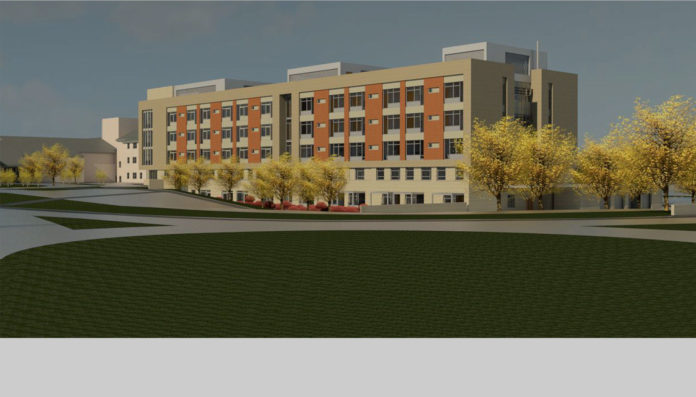 FIVE months after it was handed over to the Health Service Executive, Waterford’s hospice is still not open.

The people of Waterford raised more than €4.4m for the state of the art unit at University Hospital Waterford. But no budget has been provided for staffing and operational costs, so it is sitting empty and unused.

The directors of the Waterford Hospice Movement, who organised fund-raising for the 20-bed palliative care unit, say they are extremely disappointed.

The met with four local Oireachtas representatives who are pressing the Government for funding and Health Minister Simon Harris is to have a meeting with the Oireachtas members on the issue later this week.

“The new unit, consisting of the ground and first floor of the new five-storey Dunmore Wing at University Hospital Waterford, was officially handed over to the HSE in April of this year,” the board of the Waterford Hospice Movement said in a statement.

“However, to date, no budget has been provided to the HSE in relation to staffing and operational costs, despite the fact that budget and operational projections were prepared and submitted in advance of the completion of the building.

This state of the art centre lies empty and closed

“This state of the art centre, fully equipped and ready to go, lies empty and closed.”

The staffing process, when it starts, will take up to six months, so it could be mid-2020 before the hospice unit is fully up and running.

The board expressed “great disappointment at this delay, in view of the enormous efforts that have been made by the volunteers, their fundraisers and the people of Waterford and south Kilkenny in providing donations for a home care service for the past 30 years and the additional commitment made to donate €6 million to the cost of the new hospice unit, €4.4 million of which has already been transferred to the HSE.”

The Hospice Movement is calling on members of the public to “voice their dissatisfaction” with the current situation “and make their elected representatives aware that the people of the South East are tired of being ignored and neglected in relation to healthcare provision in general and now, sadly, end of life care”.

The HSE, in a statement, said it was seeking funding. “The HSE has agreed to open the South East Specialist Palliative Care Inpatient Unit/Hospice located in Waterford before the end of this year,” it said.

tired of being ignored and neglected in relation to healthcare provision

“Funding to fully commission the 20 beds in the unit, along with a new daycare service, is being sought through the estimates process.”

The issue has been raised locally with politicians in recent weeks but was not made public until Waterford Hospice Movement’s board met last week.

Senator Coffey said he and the other local Oireachtas members would be taking up an invitation from Mr Harris, to meet to discuss the matter over the next week.

He told Waterford Today that he shares the frustration of hospital campaigners, fundraisers and fellow Oireachtas members over the issue.

“It is essential that the doors of the new palliative care unit are open as soon as possible now that it is fully built and equipped,” he said.“