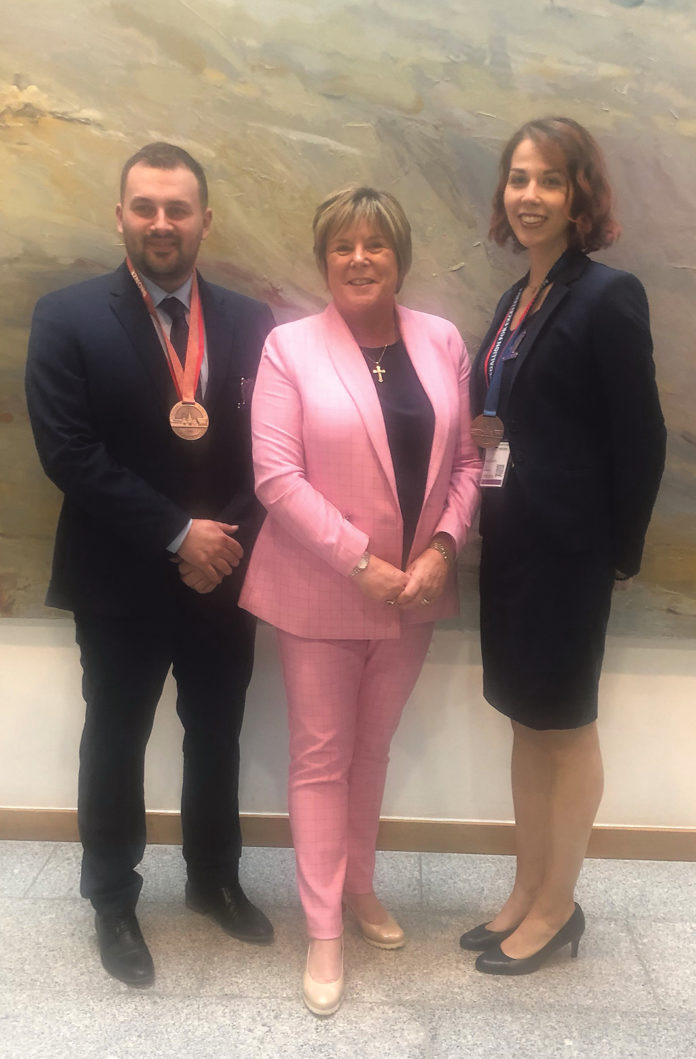 TWO outstanding apprentices from Waterford have been saluted in the Dáil for their achievements at the World Skills Finals in Russia.

Adam Flynn, from Lismore, returned from Kazan with a bronze medal and Hanna Mathe, from Waterford city, won the Medallion of Excellence for Cookery. They attended a session of the Oireachtas Committee for Education and Skills and were greeted by Waterford’s Fianna Fáil TD Mary Butler.

Ireland were ranked tenth in the world, ahead of many bigger countries.

“It was my pleasure to meet Adam Flynn from Lismore who took bronze in MAMF and Hanna Mathe from Waterford who won Medallion of Excellence for Cookery,” said Ms Butler, pictured above with Adam and Hanna.

Location and storage most important to those in Munster if downsizing...

Star apprentices get a welcome in the Dáil

Expert tells students about the menace of human trafficking