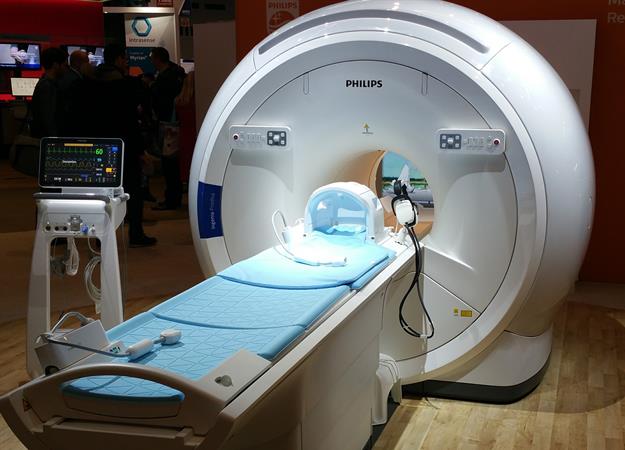 AN expensive CT scanner has been largely unused at University Hospital Waterford, although there is a lengthy waiting list for the service. And the hospital is reported to have replaced one of its two scanners with a new one despite the under-use of the equipment.

The revelations are made in a briefing paper prepared for Health Minister Simon Harris and released to a daily newspaper under Freedom of Information legislation.

The Irish Mirror’s report blamed “staff shortages” at University Hospital Waterford (UHW) for failure to use the scanner, which was bought six years ago.

The under-use first emerged in 2015 when the HSE admitted that the scanner, which cost more than €1 million, had been left idle for almost a year. It said the delay had been “to allow for training and commissioning requirements”.

More than four years later, the Irish Mirror has revealed that “staffing issues prevented both scanners from operating simultaneously, and the second machine has only ever been used as a back-up when the main scanner breaks down or undergoes maintenance”.

The newspaper also reported that the hospital purchased a third CT scanner last year to replace the older of the two existing machines, despite the fact that only one of them was ever regularly used. A CT scanner is used to conduct a full body scan and can detect many illnesses, including heart disease and some forms of cancer. There is a waiting list of up to six months for a scan at UHW.

The issue of the scanners was raised in the Dáil in February 2015 by independent TD (now Minister of State) John Halligan. He was told by then health minister Leo Varadkar that the operation of a second scanner required additional staff, and a business case was being prepared for extra personnel.

scanner was still not in use “due to staffing constraints

However, a briefing paper prepared for current Minister for Health Simon Harris last April noted that the second CT scanner was still not in use “due to staffing constraints” despite being required “to meet demand”.

The Philips scanner was purchased at the start of 2014 as part of a new €1.75 million CT unit at UHW, using a €400,000 donation from Waterford City and County Infirmary Trust.

The hospital’s spokeswoman told the Irish Mirror that the Siemens Definition AS Plus scanner was purchased in August 2018 to replace the older Siemens machine, which had been installed around 2002.

She confirmed that only one of two CT scanners at UHW has been in use due to staffing issues, except when a back-up was required due to breakdowns or maintenance.

Radiologist at UHW struck off by High Court