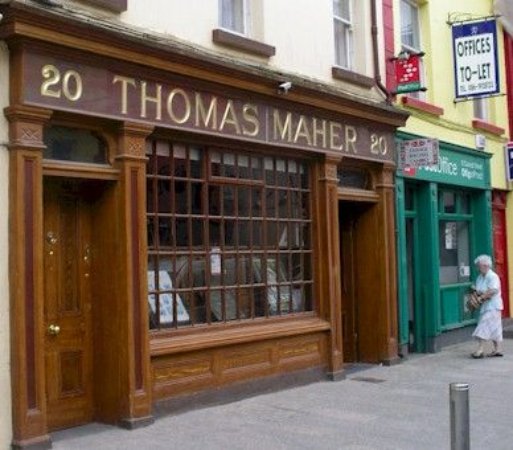 ONE of Waterford’s most historic bars has new owners.

The Moondharrig House in O’Connell Street, better known as Tom Maher’s, is now being run by Moondharrig Ventures, a partnership between Sarah Jane Hanton, owner of The Parlour Vintage Tea Rooms in Waterford city, and returning Waterford emigrant, Claire Lalvani.

The business was sold in July but the change of ownership was not concluded until November 1. The pub first opened in 1886, under the name of John Britton’s. Tom Maher, who died last year aged 92, inherited it from his father, who had married John Britton’s daughter.

Tom ran it for more than 77 years. He is thought to have been Ireland’s longest serving publican and was certainly one of the most unusual. He set his own opening hours and refused to increase drink prices in line with other pubs.

Tom ran Maher’s as a ‘men only’ pub, despite pressure from feminist groups and changes in the law.

The men-only policy continued even after his wife Mary started working there. Her presence prompted a famous newspaper cartoon which showed two men in the pub reading a report about space exploration.

The new owners plan only some small changes, including music and extending the opening hours.