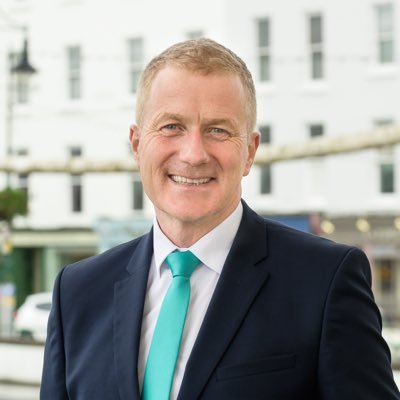 DIVISIONS have arisen in Fianna Fáil over the failure by its Waterford General Election candidate Eddie Mulligan to inform the party he had been disqualified by the High Court from acting as a company director.

Sitting Fianna Fáil TD, Mary Butler, has said she sympathises with Cllr Mulligan’s predicament but he should have told the party before the problem was reported in a newspaper.

“There is a responsibility on any candidate in Fianna Fáil to inform our party headquarters about any financial issues when representing the party at a national level ,” she said.

Cllr Mulligan was a director and shareholder of Hype Hair Salon Ltd, which owed the Revenue €153,770.72 when it was placed in liquidation in 2014. As a result, he was barred for seven years from serving as a director of any company.

In response to a query from Waterford Today, a Fianna Fáil spokesperson said the party met with Cllr Mulligan this week to discuss the matter and “Cllr Mulligan expressed regret for not informing the party.”

Asked to comment on persistent rumours that the candidate might be asked to step aside, the spokesperson said: “Cllr Mulligan was nominated as a candidate, in accordance with the procedures governing same.”

Mr Mulligan went on radio to say he regretted not telling Fianna Fáil about the disqualification.

He said the business was paying €120,000 annually to Revenue and had fallen into “a little bit of arrears” while restructuring.

Ms Butler told The Irish Times there was an “onus” on all of Fianna Fáil’s general election candidates to notify the party about any financial difficulties.

“I fully sympathise with Eddie’s predicament on a human level – you couldn’t but feel sympathy for him. So many people lost their jobs, their homes, even their lives in the recession,”she said.

“But there is a responsibility on any candidate in Fianna Fáil to inform our party headquarters about any financial issues when representing the party at a national level. And unfortunately Eddie didn’t do that.”

The newspaper said Ms Butler would not categorically state if she would be asking voters to continue their preference for Mr Mulligan when casting their ballot.

“At the moment until I hear different we’ll be trying to maximise the vote,” she said.