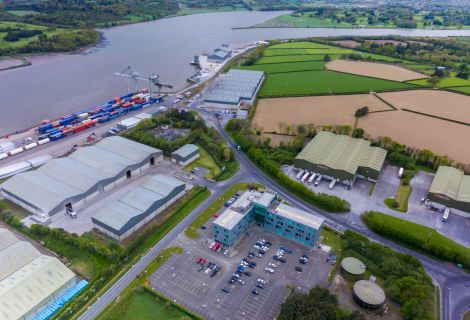 THE Port of Waterford saw a 15 per cent increase in bulk shippage in the first six months of the year compared to the same period in 2018.

A spokesperson for the port has warned that “external factors impacting demand are making the trading environment in the second half of the year more challenging than in 2018”. But its new corporate plan envisages full-year revenues increasing to €11.6m in 2023 with an operating profit of €3.5m.

potential for new development is strong

The future is bright for the port, said Waterford’s Senator Paudie Coffey.

“The Port of Waterford has paid a dividend to the State for the first time in 200 years” he said. “The pension deficit has been significantly reduced and more employees have been hired. Meanwhile, business and turnover at the port has increased significantly and the potential for new development is strong.”

Senator Coffey was speaking as Des Whelan was re-appointed chairperson of the Port of Waterford. Mr Whelan is managing director of Waterford Local Radio (WLRfm) and Chairman of Red FM in Cork City.

Mr Whelan’s reappointment was confirmed by the Minister for Finance, Paschal Donohoe, and the Minister of Transport, Shane Ross, when he appeared before an Oireachtas Committee in Leinster House.

Senator Coffey said: “I congratulate Des Whelan on his reappointment as Chairperson of Port of Waterford following his highly successful tenure during his first period in charge. I would also like to commend the entire board, CEO Frank Ronan and all the staff for their fantastic combined efforts in turning around the fortunes of the Port of Waterford.”

Tramore to to get extra race fixture next year

Alan and the business of sport