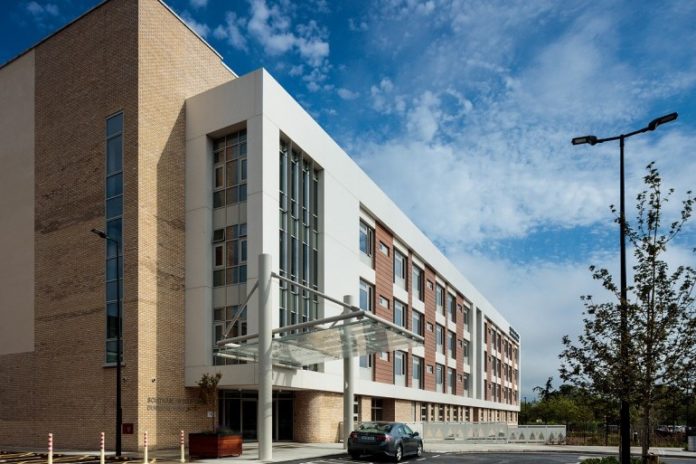 FUNDING has been approved to get Waterford’s hospice “partially open” early next year.

The 20-bed unit on the grounds of University Hospital Waterford is ready for occupation but has been lying idle while waiting for the Government to allocate money to staff the facility.

Health Minister Simon Harris has now approved the funding but staff still need to be recruited and it will be at least four months before the palliative care unit can be opened The unit, which occupies the ground and first floor of a new building on the UHW campus, will be staffed by a multi-disciplinary palliative care team.

The breakthrough followed a meeting between Mr Harris and all but one of Waterford’s oireachtas representatives: Minister of State John Halligan, TDs Mary Butler (FF) and David Cullinane (SF) and Senator Paudie Coffey (FG).

must make sure there are no more delays

Mr Harris promised the hospice would receive funding of €4.8 million for 2020.
Recruitment of palliative care nursing staff will start soon and it is expected that the hospice will receive patients in the first quarter of 2020, February at the earliest.

The oireachtas representatives welcomed the commitment. Mr Cullinane said they had been promised partial opening but must make sure there are no more delays.

“It is extremely important that the relevant staff are hired as a matter of urgency,” he said.
Ms Butler said a steering committee was being established to examine the future of palliative homecare supports, which are provided by the hospice.

“These are much needed services and I will follow up with Minster Harris and the HSE to ensure that the issue is being progressed,” she said.