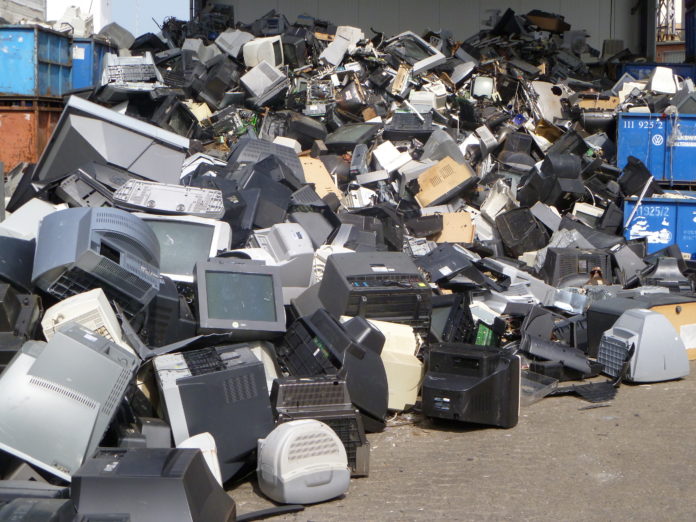 WATERFORD council is contributing to the problem of heavy electrical equipment being illegally dumped in residential areas, a councillor has claimed.

Councillor Eamon Quinlan blames the council’s policy of not taking in commercial electrical equipment at its civic disposal centres. He said the local authority takes in a huge variety of items at its civic centres and disposes of them for people either for a small fee or free of charge. But the council refuses to take office equipment such as photocopiers and printers.

“Other county councils do take in this type of equipment for a small disposal fee,” said the Fianna Fáil councillor.

“This short sighted policy means we are ensuring the cost of doing business in Waterford is higher than comparable counties nearby. This is crazy stuff – we really aren’t helping either ourselves or local economy with this type of carry on”.

“The regulations around this issue are known as the WEEE (Waste Electrical and Electronic Equipment) where the costs of recycling the items must be incorporated into the costs at sale. This can be done by the seller or the customer,” the councillor said in a statement.

“Environmental authorities have been dealing with an upsurge as people seek to avoid these charges by purchasing without the recycling fee but then illegally dumping them around local communities. This has lead to a domino effect of not just electrical equipment but all manner of office equipment being dumped in traditional residential areas.

“The costs of taking these dumped items away is ultimately born by the council and its taxpayer-funded resources. This is a slap in the face to all those who pay to have their rubbish dealt with officially. If we are ultimately to bear the cost, then let’s take them in at our facilities, charge a small fee, and not have this stuff being dumped on sides of roads and in ditches.

“I have had calls from parents who find dirty chairs left on estate greens and dangerous electrical equipment left out where children stumble upon them .

“We don’t want anyone to get hurt. The council’s position undermines not only our street cleaners but the efforts of local communities who through Tidy Towns are really pushing us out there as a consistent performer.”

40,000 waiting for appointment with consultants

Helping to turn the tide of litter