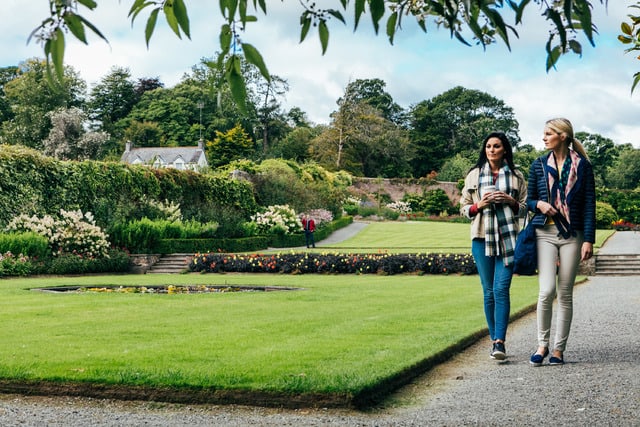 MOUNT Congreve Estate is recognised as a jewel in the crown of Ireland’s famous gardens. Now it is aiming to position itself as one of the great gardens of the world with the help of a €3.7m Government grant.

Fáilte Ireland predicts it will deliver more than €23m in revenue over a decade for rural Waterford, supporting 64 jobs in the regional economy. The National Tourism Development Authority worked with Waterford City and County Council to secure the funding from the Department of Rural and Community Development.

The authority worked with Wexford council to secure €5.5m funding for New Ross Tourism Transformation. The project in New Ross will see the development of a new world-class visitor attraction telling the story of Norman Wexford through the Knight William Marshall. It will also create a new immersive visitor experience at Dunbrody Famine Ship while adding significant improvements to the town that will drive tourism.

Rural Development minister, Michael Ring, who announced the funding, also announced that 156 rural towns and villages across Ireland are to benefit from €15 million in funding under the 2019 Town and Village Renewal Scheme.

Waterford council was successful in five of its applications.There will be €100,000 each for Cappoquin, Bunmahon, Fenor, Dunhill and Lemybrien

In Fenor, the money will be used to resurface local roads, upgrade the Astroturf surface and for the installation of a lawn bowling facility, cycle tracks and art work in the village.

Lemybrien will put the funding towards a new playground, while in Cappoquin the €100,000 will be used for a “facade renewal scheme” on the main street.

In Dunhill, the money will go towards a footpath and pedestrian bridge crossing the Anne River, which links the village to Annestown and the coastline.

The community in Bunmahon will use the money to help fund a trail extension to a local river walk, car park, playground and public lighting works.

“These excellent initiatives will ensure our smaller towns and villages are more attractive and sustainable places in which to live and work,” he said.