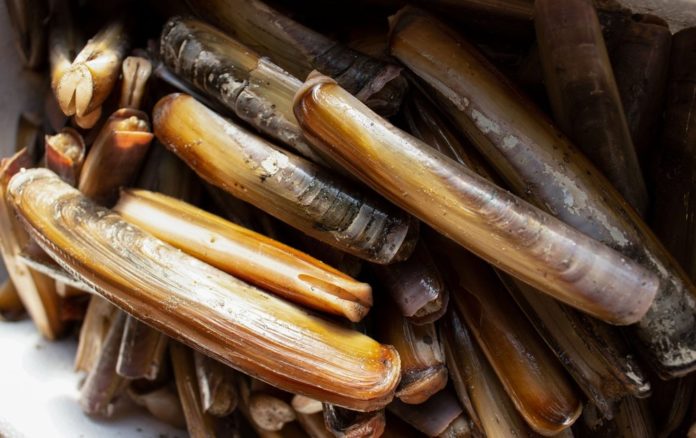 THE environmental group Coastwatch is taking legal action in an attempt to stop fishing for razor clams in Waterford Estuary.

It wants to challenge a decision by the Sea Fisheries Protection Authority to allow this form of fishing, which is banned in several countries and only permitted in some designated areas in Ireland.

Coastwatch sought permission for the challenge at a High Court hearing where it claimed that razor clams are fished using hydraulic dredges which can penetrate 250mm into the sediment on the seafloor of Waterford Estuary.

Coastwatch says the fishing method used disturbs more species than the razor clams, and there is no certainty that these other species will recover after the dredging operation.

James Devlin, counsel for Coastwatch, said that any decision to allow razor-clam fishing to take place should not have been made until an appropriate assessment or screening of the estuary had been conducted in accordance with the EU Habitats Directive.

Counsel said that his client was concerned, as the decision regarding razor-clam fishing in Waterford Estuary was not published in Iris Oifigiúil, the official publication of the Irish Government.

Coastwatch is seeking an order quashing the decision made by the Sea Fisheries Protection Authority in late August to open a classified production area for the fishing of razor clams in Waterford Harbour/Estuary.

It also seeks various declarations, including that the decision to allow fishing for razor clams in the area, in the absence of an appropriate assessment and any proper screening without any public consultation, is contrary to the EU Habitats Directive.

Decision was adjourned for a week so that the application could be made in the presence of the defendants.

Works on way for 15 local schools