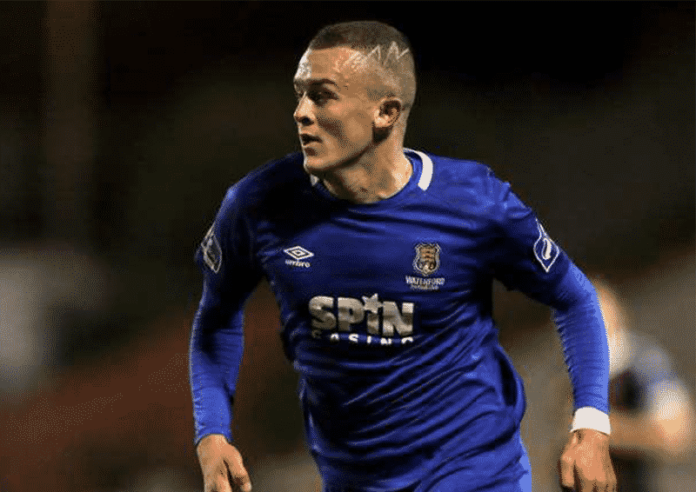 MICHAEL O’Connor has spoken out about his gambling addiction.

The Waterford FC striker says he doesn’t gamble any more and attends one-on-one support sessions. But he added: “I’m not saying I’m an angel, or that I’m cured. I won’t be for the rest of my life. I’ll always be a gambler. That will always be inside me.”

O’Connor, who captained in the Blues in their opening league match against St Patrick’s Athletic, told the Irish Mirror: “People’s first impressions would have been ‘Jesus, what are they doing making him captain?’ But I’m working hard to be a better person.”

He attributed his recovery to the support of girlfriend Aisling, his parents and siblings, Waterford boss Alan Reynolds and his staff, and team-mates.

After training, I was straight down the bookies

In a frank interview, the former Dundalk, Shamrock Rovers and Linfield player told Mirror Sport: “For me, it started when I was getting paid at Dundalk. I was 16, living at home without rent or bills.

“In football, you’re in an environment where people are talking about this horse and that horse. After training, I was straight down the bookies throwing my wages at them.”

O’Connor says last season he played with a smile on his face – but admits it was all an act.

“I was in bits mentally. Playing on a Friday, I’d worry about who I’d bump into afterwards or who I owed money to. Now the smile is real. The support from my girlfriend, my family, Rennie, Fran Rocket and the lads is incredible.”

TV bows out from board

5G is heading our way … and it’s coming fast