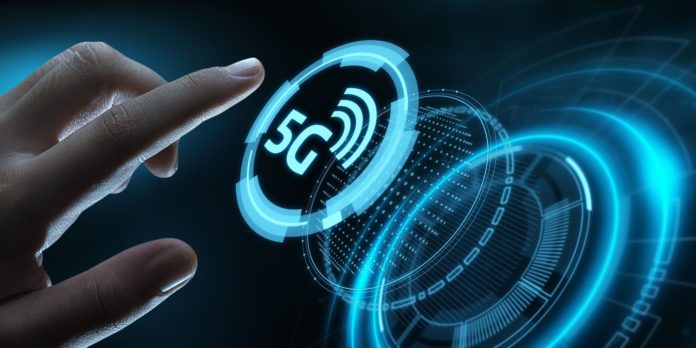 COMMERCIAL 5G is being launched in Ireland for the first time. Waterford is one of five counties chosen for the new technology which is capable of much faster downloads and can manage larger volumes of data.

Residents in the Claremont Road area of Waterford city have been protesting against the arrival of 5G broadband which they claim poses a radiation risk.

But Vodafone, the company behind the launch, has dismissed these fears as baseless.
Anne O’Leary, CEO of Vodafone Ireland, stressed there is no evidence to support the concerns.

“We work with the World Health Organisation and all the international health organisations,” she said.

no evidence of any adverse effects to health

“There is no evidence of any adverse effects to health because of electromagnetic technology, which is mobile technology.”

Vodafone has also launched its 5G network in Dublin, Cork, Limerick, and Galway. 5G is the next generation of mobile connectivity which succeeds the current 4G and older 3G systems. It stands for “fifth generation” and should deliver faster speeds, more reliable and more consistent connections.

4G is capable of speeds of 10Mbps-20Mbps and Vodafone claims speeds of up to 225Mbps with its 4G+. But that pales in comparison to 5G, which is capable of connection speeds of more than 1,000Mbps.

This means we can download movies quicker, or add to our music collection in seconds. We can stream video with fewer hiccups and we will be able to hold a video conference on mobile broadband without the dreaded buffering.

5G also promises lower latency. Latency is the communication delay on the network, the time lag between you sending a command and the smart home device responding. That may not seem important but when it comes to usability, reducing that lag is a major bonus.  If, for instance, self-driving cars are ever to become a reality on our roads they will need fast, stable data connections.

Manufacturing plants and factories will use 5G connectivity to process larger amounts of data, encouraging automation and transforming the way data is processed.

Chainsaw sculpture proposal is a cut above