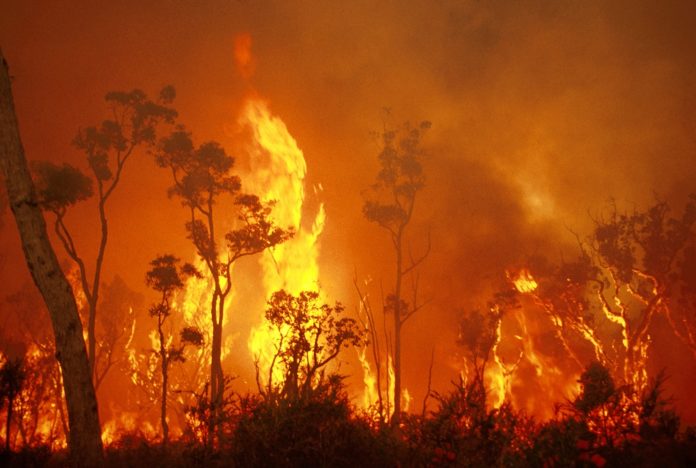 A Wexford man and his family living in Australia have been left homeless after wildfires destroyed their house and farm.

Kieran Walsh, originally from Waddingtown, Cleariestown, and his Australian wife Jennifer and their four children lost everything in a fire which gutted their home at Yarranbella Farm, near Macksville in New South Wales at the weekend.

Mr Walsh and his daughter Johanna (18), who has just finished the Australian equivalent of the Leaving Cert, were at home last Friday when fire service personnel arrived and told them they had a few minutes to get out of the house.

The family were aware there were bush fires in the area but did not think they were that close and believed firefighters would get the blaze under control before their property was reached.

The fire brigade came down the lane and said you have to leave, there is nothing we can do.

Jennifer, who is a teacher, and their three sons Oliver (16), Finnian (14) and Alfie (12) were in school at the time. Mr Walsh and Johanna grabbed passports and legal documents before fleeing the house.

The family bought the farm in 2013 and left Sydney with their family for a slower pace of life in Macksville where the boys are in high school.

“The area is an hour from Coffs Harbour where Jennifer teaches and six hours from Sydney which is under a state of emergency due to ferocious wildfires.

“The fire brigade came down the lane and said you have to leave, there is nothing we can do.

“There were a lot of different fires that had joined up and there is a lot of woodland and trees in the area. There is a forest close by,” said Mr Walsh’s sister  Finola.

“They couldn’t control it because of where it was located. They just had to grab what they could and leave . . . a few minutes later, they couldn’t see their hands the smoke was so thick. There was smoke everywhere.”

We have the worst drivers!