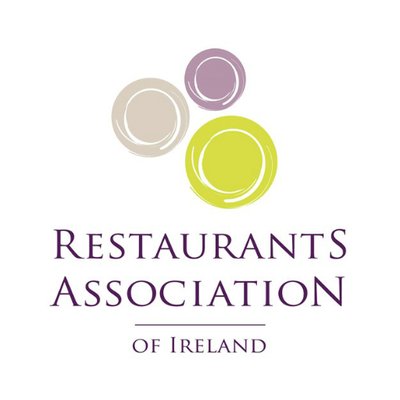 As the Restaurant’s Association of Ireland (RAI) holds it’s 48th Annual Conference at The Europe Hotel, Killarney, the association calls for changes in government policy to ensure that restaurants can stay viable.

The RAI are also calling for the introduction of tax incentives to allow restaurant owners to provide short term accommodation for staff. This would allow employees breathing space to find new accommodation when relocating for work, which is critical given the lack of housing in Ireland currently.

While the RAI are delighted that the Minister for Business, Enterprise and Innovation has introduced new permits to make it easier for restaurants to recruit chefs from outside the EU. The RAI would have anticipated that with the introduction of these new permits, the department would have hired more staff to help process these permits. Another unintended consequence of the introduction of the new chef work permits is removal of the ethnic/specialist cuisine permit, which is having a detrimental effect on our members.

Speaking at the conference, the CEO of the Restaurants Association of Ireland, Adrian Cummins said, “We’re delighted to be having our annual conference in Killarney this year. We know that the year ahead is going to be challenging for the hospitality industry. We are disappointed that this government are not doing more to support one of the largest industries in the country. In 2017, tourism expenditure accounted for €8.8 billion, and accounted for almost 4% of all tax revenue.”

“Yet, with the increase in VAT, the shortage of skilled chefs and rising costs of doing business, many restaurants are struggling to keep their doors open. The government needs to show it values the tourism industry by reducing the VAT rate to 11%, put more resources towards processing chef permits and bring in tax incentives for employee accommodation.”

Speakers at the conference included Colin Harmon, of 3fe, Martin Shanahan of Fishy Fishy, Kinsale, Nicola Zammit of Two Cooks, Sallins, all MC’d by the former chairman of Insomnia and former Dragon, Bobby Kerr. They spoke on topics such as The Future of The Restaurant Industry, Making Ireland a World Class Foodie Destination, Transformation Through Innovation and Building a Team for the Future.

The conference was opened by Minister of State, Brendan Griffin. The conference was followed by the President’s Dinner, where the incoming President of the Restaurants Association, Mark McGowan, was announced and Artie Clifford was awarded the prestigious Mike Butt award.

For more information on the conference, see here: www.rai.ie/conference-agm-presidents-dinner-2019/