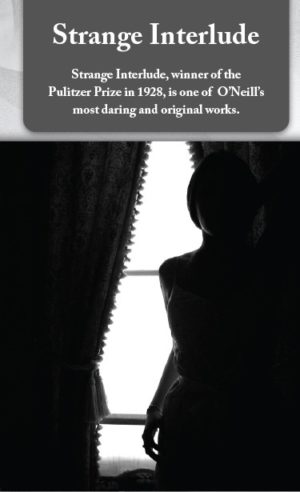 A STAGED reading of Strange Interlude, the powerful Pulitzer Prize-winning Eugene O’Neill play, will be showcased as part of the second annual Eugene O’Neill Festival of Theatre in New Ross, from Wednesday next October 9th until the 13th.

The play, a masterpiece of American Theatre, will be presented in two parts and includes a buffet dinner at the Dunbrody Visitor Centre during the interval. It is directed by Ben Barnes, with a top-class cast of international actors of stage and screen including, Jamie Beamish, Des Keogh, Cathy Belton, Killian Coyle, Peter Gaynor, Maria Guiver, Mark Lambert and Julia Lane.

Actor Jamie Beamish is from Waterford and based in London and has had appearances on several television series over the years, including the Derry Girls.

Des Keogh also joins the cast, Des is a veteran of Irish stage, TV and radio and is probably one of Ireland’s most well-known actors in the country. He hosted Music for Middle brows for 35 years on RTE and since 2016, he appeared as Reg Barker on the CBBC series, Little Roy.

Cathy Belton will next be seen on screen in Herself, directed by Phyllida Lloyd. Killian Coyle is in BBC’s new series Dublin Murders, due for release later this year.

The Eugene O’Neill Festival opens with a production of the Pulitzer Prize and Tony Award-winning masterpiece Long Day’s Journey Into Night.

Local producers in finalists for the Irish Food Awards