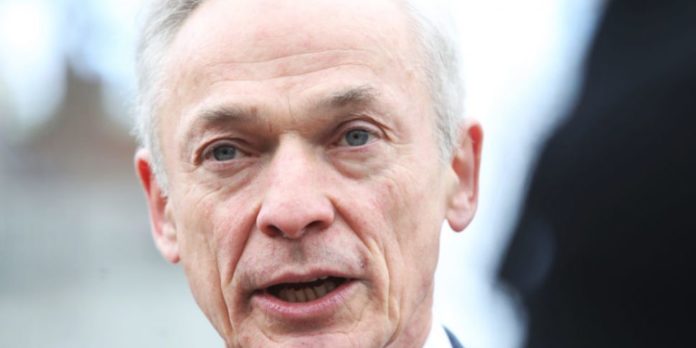 THE all-Government plan announced by Minister Richard Bruton will make Ireland a leader in tackling climate change head on, a Fine Gael Minister has said.

Minister Michael D’Arcy said: “Fine Gael is driving unprecedented cross-party collaboration on climate action and the Government is now stepping up the response. The publication of the all of Government climate plan is a landmark moment in the fight against climate breakdown.”

He said the plan would give Irish people a cleaner, safer and more sustainable future and will benefit generations of people in Wexford. Ultimately this was about securing a better, healthier, more resilient future for the whole country.

plan will see us move to 70% renewable electricity by 2030

“The plan means changing the way we heat our homes, the way we travel and the way we power our country.  Currently only 30% of our electricity comes from renewable sources but this plan will see us move to 70% renewable electricity by 2030.

“For example, we are establishing a new micro-generation scheme, allowing homeowners to generate their own electricity and sell what they don’t use back to the national grid. We will also deliver a new retrofit plan to retrofit 500,000 homes. This will see large groups of houses being retrofitted by the same contractor to reduce costs, smart finance, and easy pay back methods.

“We will also install 400,000 heat pumps in homes and businesses to replace the existing carbon-intensive heating systems.”

The plan will also see 950,000 electric vehicles on our roads, deliver a nationwide charging network, an electric vehicle scrappage scheme and legislation to ban the sale of petrol / diesel cars from 2030. The plan also is expanding our network of cycling paths and ‘Park and Ride’ facilities.

Said Minister D’Arcy: “The all-Government approach to this plan is crucial. We will establish a system of five year carbon budgets and sector targets, with the relevant minister responsible for delivering on the target, with penalties if they are not met.

Encourage young Wexford farmers to stay in the business