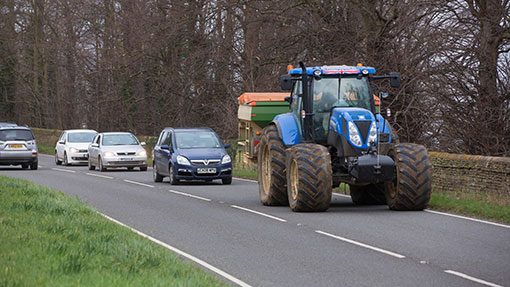 GARDAI have seized a tractor from a driver who had not insured or taxed the vehicle in 15 years.

The Wexford patrol car pulled over the vehicle as it was leaking oil from its engine, only to discover it hadn’t been insured since 2004.

Hadn’t been taxed or insured since 2004. Tractor impounded

And Gardai later took to social media to share a snap of the tractor. They said on Twitter: “Wexford Road Policing Unit stopped this tractor which had oil leaking from the engine.
“Hadn’t been taxed or insured since 2004. Tractor impounded.”

Failure to display a valid tax disc on your vehicle is a motoring offence and results in a €60 fixed-charge fine issued by a traffic warden or a garda.

Driving without motor insurance is generally punishable by a fine of up to €5,000 and five penalty points.

While penalties for drive without an NCT certificate is three penalty points and a €90 fee.

Local producers in finalists for the Irish Food Awards