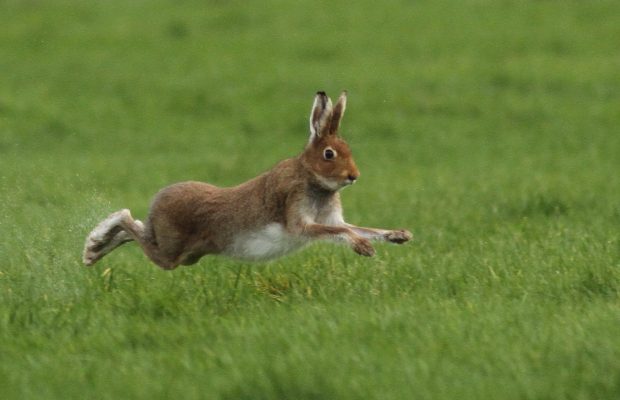 THE Minister for Agriculture, Michael Creed TD, has defended the Government’s decision to lift the suspension of the licence allowing the netting of wild hares for coursing.

However, the netting of hares will only be allowed in areas unaffected by the Rabbit Haemorrhagic Disease (RHD2) virus. RHD2 has now been confirmed in six counties – Wexford, Wicklow, Cork, Clare, Leitrim and Offaly.

In a statement, Minister Creed said that field studies would be now undertaken by the National Parks and Wildlife Service (NPWS) and the Department of Agriculture, Food and the Marine (DAFM) in conjunction with the Irish Coursing Club.

Since the RDH2 virus was first detected in an Irish hare last  August, further tests by the NPWS have confirmed the presence of RDH2 in another 10 hares. These positive results were in Wexford and Dublin.

Within the context of the renewed licences for netting hares, capture will be prohibited in areas from a 25km radius of where either wild hares or wild rabbits have tested positive for RHD2.