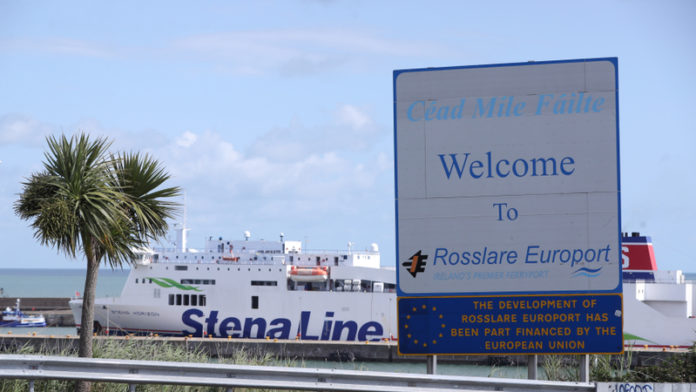 Nine of the 16 migrants found in the back of a truck trailer on a ferry bound for Rosslare recently have gone missing.

Over the weekend, it emerged nine of the adult males in the group had left their accommodation by Friday, November 22, just days after they had arrived in the country.

The migrants, most of whom are understood to be Kurds, were discovered in the back of a trailer being towed by an Irish-owned lorry on the Cherbourg-Rosslare sailing which departed France on Wednesday night and arrived in Rosslare on November 21.

The group were heard moving around in the trailer by Stena staff about five hours from Rosslare.  When the trailer was opened the migrants were found inside.

The 15 men and one minor believed the trailer they got into in France was heading for Britain and not Ireland. It is now thought the nine men are now trying to make their way to the UK on a second ferry from the Republic or the North bound for Britain or they may try to claim a sylum in the North. All are believed to be Kurds, from Iraq and Iran.

The 15 male adults applied for international protection in Ireland and were taken to a reception centre in Dublin when they arrived into Wexford while the juvenile is now in the care of Tusla.

Garda sources said while it was feared the missing men were effectively attempting to flee to the UK, they were committing no offence by leaving the centre they were taken to. When migrants apply for international protection, or asylum, they are offered accommodation, including meals, in centres around the country or they are housed in emergency accommodation, including B&Bs and hotels.

However, people applying for international protection can also stay with family or friends in Ireland. There is no obligation on them to stay in accommodation provided by the State.