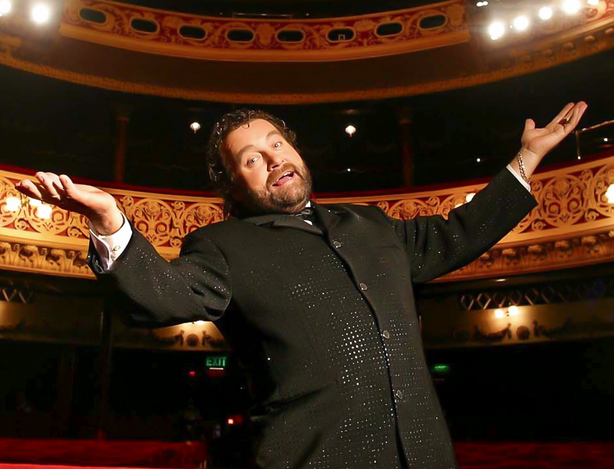 AMONG the many tributes paid to the late Brendan Grace in the past week was superfan Eileen Power (89) from Wexford who told how the comedy legend made her a star of his show – because she looked like his mother.

Eileen, who saw the funnyman in Dun Laoghaire three years ago, said: “He kept saying during the show ‘You’re the image of my mother’.

“He said his mother was a Cleary from Wexford and I said, ‘I’m Wexford too!’ I was a bit embarrassed as he was talking to me so much.

“After the show he wrote on a DVD, ‘Eileen, you look so much like my mam’. I was so sorry to hear he had died.

“I was just about to send a card to hospital for him when I found out. He was a lovely person.”

Meanwhile, fans of the comedian were paying respects to the legendary entertainer in their droves at Dublin’s Mansion House at the weekend, when book of condolence for the 68-year-old was opened by Lord Mayor Paul McAuliffe.

Many remembered the funnyman for his classic and clean form of comedy, which entertained people across the world.

Francis Ross works in the nearby Brooks Hotel, where the Grace family often stays. Frank said he grew up a fan of Brendan, and became a friend in his later years.

It’s a very sad day for us all

He said: “I grew up with him in the 70s and he was our idol, visiting our school with the green cross code, and then going to see him in the Gaiety when I was older.

“I got to know him as a friend in the last 15 years. It’s a very sad day for us all in the hotel.

“Unlike other comedians, he didn’t lean on the same character all the time. I liked them all, but the Bottler is the one that introduced us all to him.”

Grace, from Dublin’s Liberties, died after a short battle with cancer. He was buried in the capital on July 15.