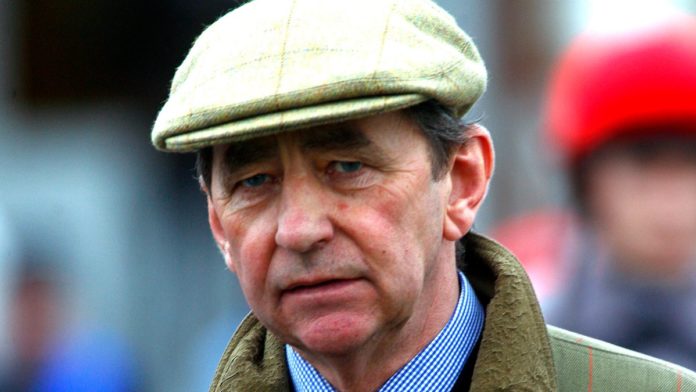 THE 10-times Cheltenham Festival-winning trainer Ferdy Murphy has died at the age of 70 following a long battle with cancer.

Mr Murphy was responsible for many talented, as well as popular, jumpers from the moment he took out a licence in 1990 and especially when based at Wynbury Stables in West Witton in North Yorkshire from 1996 to 2013.

The Wexford-born trainer then took the bold and surprising move of relocating to a farm in Upper Normandy in France in search of better prize money and to be near his eldest daughter, Caroline.

Ferdy Murphy continued his breeding business there, as well as buying and selling young stock, and training on a smaller scale.

Mr Murphy’s son, Barry, told the PA news agency: “It’s a sad day, but he’s in a better place.
“We had some amazing days. He’s a true great, in my opinion.

“He had some amazing horses over the years, even when they were running in Geoff Hubbard’s name and before that with Bill Durkan – horses likes Anaglogs Daughter.

“He was a pure genius and he was a master of getting one well handicapped for Cheltenham, which is very hard to do these days as if you’re too well handicapped, you won’t get in. He was brilliant at producing a horse for a big day.” said Fery Murphy’s son Barry/