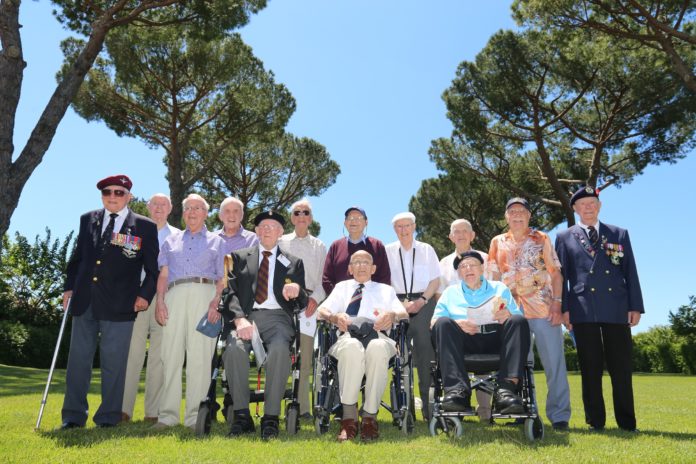 Veterans from World War II, who fought in the Italian campaign, are being invited by the travel arm of the Royal British Legion to take part in special 75th anniversary journeys of remembrance.

Veterans whom fought in Italy can opt for a tour to either Monte Cassino and Salerno or Monte Cassino and Anzio; a special tour to the National Memorial Arboretum is also on offer for those unable to travel overseas. The Treasury is enabling these free-of-charge tours, which are funded by LIBOR fines, and will enable a WWII veteran to return with a family member and carer.

The Italian campaign proved to be a major turning point in World War II but was also one of the hardest fought battles. The allies came under heavy artillery fire and at times were knee-deep in mud and snow. Fortunately, in May 1944 the allies prevailed. This year marks the 75th anniversary of the Italian campaign and the Royal British Legion is inviting veterans, which are now in their 90s, back to Italy to lay old ghosts to rest and honour fallen comrades.

Nichola Rowlands-Smith, Head of Travel, Royal British Legion, explains: “The Italian campaign seems to be less well-known in the nation’s history, than other battles such as D Day, yet it was another pivotal turning point in bringing to an end World War II.

“We have a wonderful opportunity to take back those who fought, for them to pay their respects to fallen comrades, meet fellow veterans and lay old ghosts to rest.”

The five-day Italian-based tours will include a service of remembrance at the Cassino War Cemetery plus visits to Anzio War Cemetery, Salerno Commonwealth War Cemetery and the Beach Head War Cemetery. The tour will also take in significant battle sites, such as the Monte Cassino Abbey as well as visits to local tourist locations. Veterans heading to the National Memorial Arboretum will take part in a four-day tour staying at the Hilton St Georges Park hotel in Burton-upon-Trent. The tour will include a service of remembrance as well as visits to Cannock Chase Cemetery and Staffordshire Regiment Museum.

The Royal British Legion has been running LIBOR funded tours for the past five years. The tours are now available for all veterans who served in World War II and this year will be running journeys of remembrance to Normandy, Berlin, Holland and Italy.

To find out more about the tours, or to sign-up to one, visit the Royal British Legion’s tour operator –  Arena Travel on 01473 660800, or visit http://www.arenatravel.com/our-holidays/remembrance-travel.

This Easter at Cool Planet, the hunt for renewable energy is on!

Clean Coasts and Irish Water remind the people of Carlow not to use the...