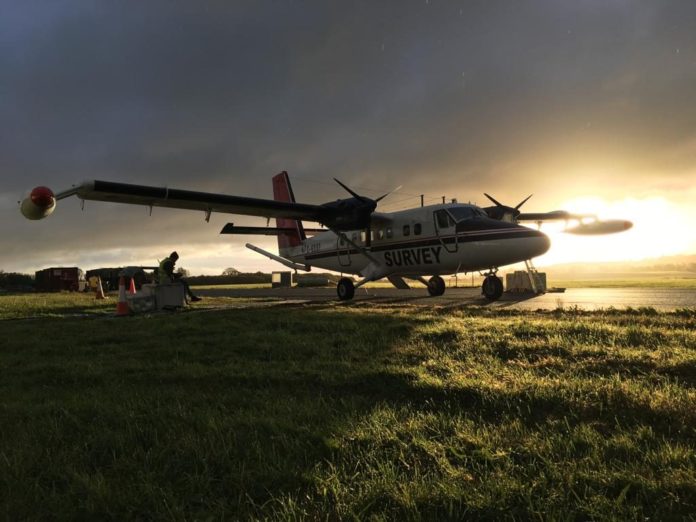 A SURVEY of soil, rocks and water, being undertaken by the Geological Survey of Ireland (GSI), will see low-flying aircraft in the skies over Kilkenny as well as Waterford, Wexford, Carlow, Kildare and Wicklow.

The white twin-propeller plane, identifiable by its’ red tail and black stripe, will fly at a height of 60 metres over rural areas and will rise to 240 metres over towns.

“The sound is similar to a passing lorry and may startle sensitive livestock such as horses,”  a spokesperson for the GSI has said.

The initiative, studying geochemical and geophysical data, is being funded by the Department of Communications, Climate Action and Environment.

The survey will take place from May until late Autumn and flights are dependent on the weather and subject to change.

The information, which will be made publicly available at a later date, will be used to make new geological maps and manage agricultural, environmental and natural resources.

A freephone number 1800 45 55 65 is available if people have any concerns about sensitive livestock and want to keep informed of flight plans in your area.

This Easter at Cool Planet, the hunt for renewable energy is...