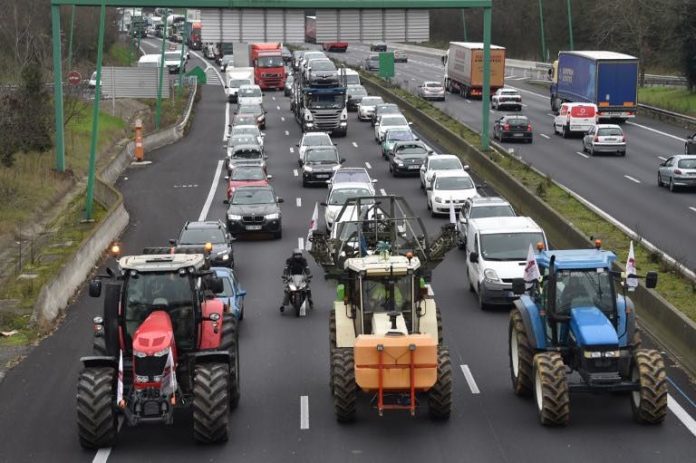 THE farmers who brought chaos to Dublin have warned of more disruption if their demands are not met. They are also threatening to blockade supermarket distribution centres in the run-up to Christmas.

“There will be no turkeys for Christmas,” said one farmer, as tractors began to leave after two days of protest which shut streets near Leinster House and caused widespread disruption.

The farmers, who are not represented by any organisation, have a wide range of demands, some of which are beyond the control of Government. They were seeking an immediate end to injunctions against two farmers by a meat factory, arising from an earlier protest. The injunctions have now been lifted. They also want improved beef prices, an exemption from carbon tax and more assistance for rural Ireland.

Tipperary farmer Daniel Long, one of the five representatives who met Agriculture Minister Michael Creed, said they wanted progress on these issues or farmers would blockade major supermarket distribution centres in the run-up to Christmas.

If we block them down, don’t blame us

Fellow protester and farming contractor James Geoghegan, said: “There will be no turkeys for Christmas. If we block them down, don’t blame us. It will be because there has been no progress.”

John Dallon, another of the five representatives, said the minister was told “we’d be back on December 15 to hit the distribution centres”.

if we don’t get what we want, that’s what we’re going to have to do

“I know it’s coming up to Christmas but if we don’t get what we want, that’s what we’re going to have to do,” he warned Asked if it was acceptable for the farmers to lock down a major section of Dublin, Garda Commissioner Drew Harris said people had a right to protest, even if the protests caused disruption.

Asked about threats of blockades and cutting off food supply routes into Dublin, he said: “They should be very careful of their vocabulary and the way they speak and their pronouncements because that just inflames the situation.”