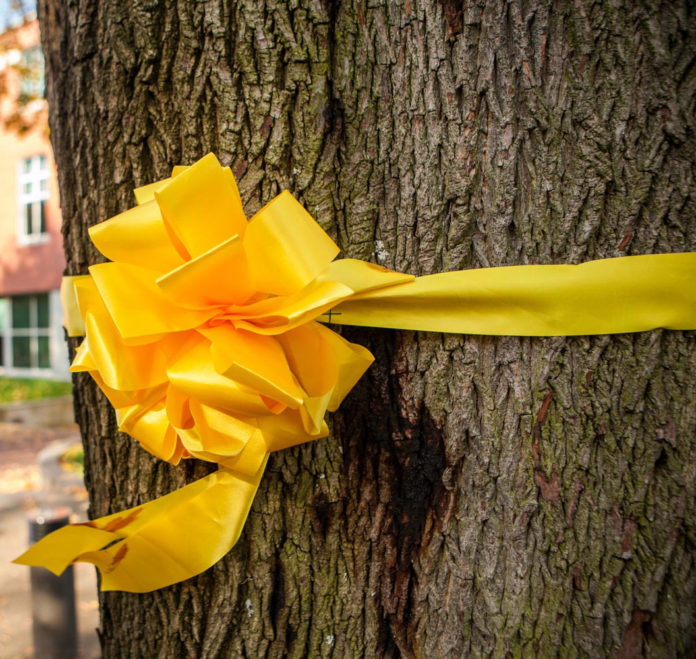 RESIDENTS in Ballsbridge and Donnybrook have been tying ribbons to trees in the area in protest at the planned new BusConnects system, which could see radical changes to the road layout in the area to construct a new bus corridor.

The proposed plan for 16 new bus corridors in and out of the city will necessitate the cutting down of trees, the loss of parking spaces and will also see some property owners losing part of their front garden, the NTA has said. However it’s envisaged it would also see radical reductions in commuting times.

Fine Gael Councillor Paddy McCartan and his supporters have been tying the red ribbons around trees on Pembroke Road, Merrion Road and Nutley Lane to spread awareness of their potential loss.

“Some of these trees that you see here are over 120 years old,” McCartan said.