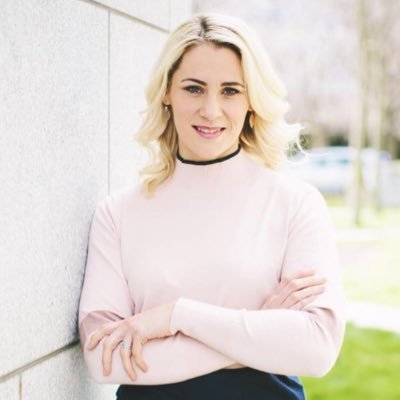 RTE presenter Evanne Ni Chuilinn was “disappointed” after a popular Dublin pub refused her entry because she had no ID.

Bouncers at Dicey’s Garden told the Kilkenny-born journalist she would not be allowed into the pub because she couldn’t produce any identification.

The presenter, who is in her late 30s, later wrote on social media asking the Harcourt Street venue if requesting ID was “a new policy”, according to Dublin Live.

But, while she may have been turned away from her first choice of watering hole, former Dublin GAA star Eamon Fennell was quick to spot an opportunity.

The ex-DJ opened Camden Street bar Huck’s with former teammates Michael Darragh MacAuley and Ross McConnell late last year and he invited Ms Ni Chuilinn to pop around the corner for a drink or two.