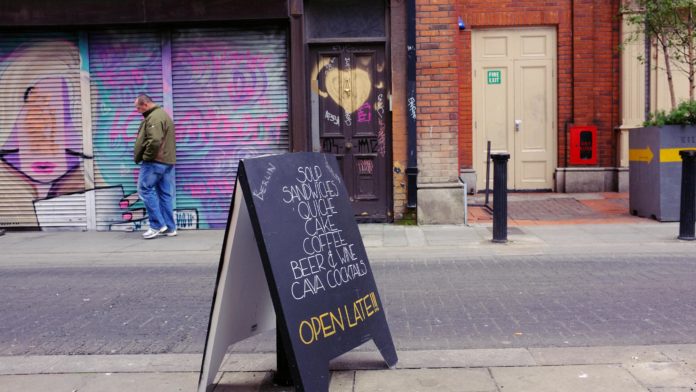 DUBLIN City Council has announced a new fee of €630 for the use of sandwich boards.

Businesses who use the boards to attract customers will have to make the payment or risk having their boards taken off them.

The fee will be introduced from September 1 to address the issue of clutter outside pubs, restaurants and shops.

“So we think that on this one it’s probably disproportionate.

“We do need to address street clutter but there’s a lot of other street clutter that’s not being addressed and we would question why sandwich boards are seen as the top priority.”