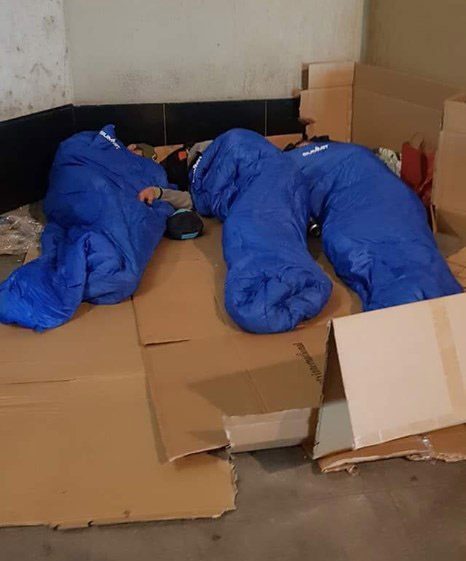 HOUSING Minister Eoghan Murphy plans to offer incentives to homeless people to move out of Dublin.

A package of supports for families in emergency accommodation willing to decamp to other parts of the country will be discussed by the Cabinet this month.

The Fine Gael politician said: “There will be families – and I know this because we have met some – who would be open to relocating outside of Dublin. And that can be supported.”

Minister Murphy spoke of “sweeping reforms” including putting those who twice refuse social housing in their area of choice “to the bottom of the list”. He has come increasingly under fire with the latest figures showing the number registered as homeless topping the 10,000 mark for the fifth consecutive month.

Asked about offering incentives to those living in hotels in Dublin to move outside the capital he said it was something that was actively being considered. He told Village Magazine: “We are currently working on social housing reforms that will speak to that issue.

I intend on fixing the crisis in housing

“First and foremost, though, if a family is in emergency accommodation the best place for them to be, more than likely, is in the community… where the kids are going to school.

“But there will be families – and I know this because we have met some – who would be open to relocating outside of Dublin. And that can be supported. We will be discussing that at Cabinet level in September.”

Minister Murphy said he would be bringing forward “a series of sweeping proposals” before the end of the year to speed up the process of allocating social housing. He warned: “Where someone refuses a social home in their area of choice, if they do that twice then they will go to the back of the queue. They will go to the bottom of the list, to allow other people waiting a chance to move into a home.”

The Housing Minister admitted he’d put his foot in his mouth over his description of co-living and that the homeless crisis is “an incredibly complex challenge”.
Rejecting criticism of how he’s handled his portfolio he said:

“I intend on fixing the crisis in housing – that’s my ambition.”