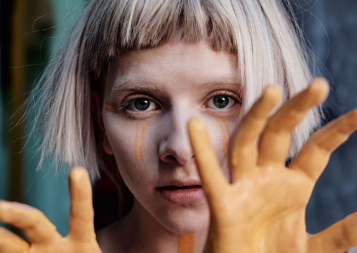 Otherworldly Nordic pop star AURORA will play a headline show in the Olympia Theatre on Wednesday November 6th. This comes off the back of supporting Mumford & Sons in Malahide Castle over the summer.

‘Animal’ heralds another new chapter in the story of AURORA, the leftfield pop musician who seemingly fell from the forests of her native Bergen with her inclusive stories of nature and nurture, love, longing and loss. ‘Animal’ follows last year’s surprise release of ‘Infections Of A Different Kind – Step 1’ in the Autumn, which sated her sprawling, fervent global fan base, and acted as a tantalising taster to a very busy 2019 of new music and touring.

‘Animal’ features a veritable slew of gold star producers including the ‘My Riot’ production team of Tim Bran and Roy Kerr (London Grammar, Primal Scream), Magnus Skylstad and AURORA herself. It was recorded out in Norway around the ‘Infections…’ sessions, but withheld by way of introduction to a series of brand new releases for 2019.

a unique and talented artist

The accompanying video is directed by Tim Mattia, explaining the process he says:

“It was great to be invited to go inside Aurora’s head for a little bit of time while we worked on this project together. It was a hugely collaborative experience, and I think that can be seen on screen, as our ideas and aesthetics melded together to create the video. She is such a unique and talented artist, who looks at the world in a very fresh and unusual way; which in turn seemed to affect everyone around her, especially on the shoot day itself, entirely positively. Looking forward to doing it again!”

“I spend a lot of time thinking about humans. And I wanted to make a song wrapped in a blanket of obliviousness whilst speaking the wonderful and horrible truth that I see in us. We are always thriving for something. If it’s love, money, sex, success, power or just a bigger piece of a delicious chocolate cake. It’s very interesting. Its grotesque. It’s beautiful.

With her numerous musical fans ranging from Billie Eilish to Sigrid, Katy Perry to Troye Sivan, each and every one of them express their fascination in the individualism and boldness of AURORA’s rhythm and verse. ‘Animal’ is an exquisite example of that; a theatrical almost flamboyant song that swoops, soars and rotates with pulse, heart and melody.

AURORA will spend much of 2019 out on the road, with shows across Europe, the US and South America already scheduled before the Summer. Plenty more live dates to be announced imminently.