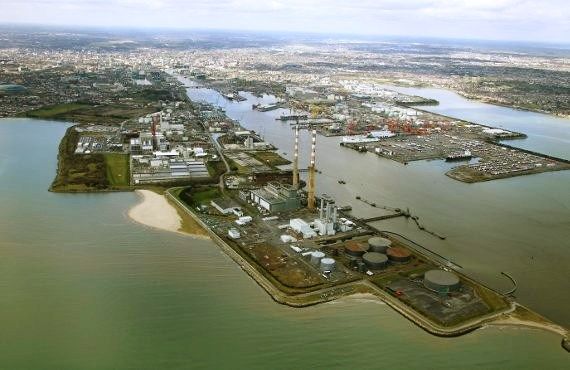 THE population of greater Dublin will grow by almost half-a-million in the next 20 years, a planning inquiry has heard.

Irish Water told the hearing that it will not be possible to cope with this growth unless sewage facilities are improved.

The company was making its case at an oral hearing into a proposed new wastewater treatment plant at Clonshaugh near Dublin Airport.

The €500 million regional sewage treatment plant has been the subject of more than 14,000 objections from local residents. It would serve 500,000 people across the north of the county and would be the second-largest sewage works in the State after the Ringsend plant.

The €500 million regional sewage treatment plant has been the subject of more than 14,000 objections from local residents.

Irish Water is applying for planning permission and a compulsory purchase order to build a 13km underground orbital sewer from Blanchardstown to the planned wastewater treatment plant at Clonshaugh that will intercept existing flows to Ringsend.

It wants to also build a 12km outfall pipeline to bring the treated wastewater from there to Baldoyle and out to sea for discharge around 1km north east of Ireland’s Eye.

Head of Asset Management at Irish Water, Sean Laffy, told An Bord Pleanála that the plant is needed to cope with an estimated population growth of 450,000 in the Greater Dublin Area by 2040.

The water authority said sea conditions will allow for optimal dispersal and it will not have a perceptible impact on coastal waters or interfere with bathing areas.

Mr Laffy said that the wastewater load had exceeded treatment capacity in the region back in 2002 and even with a planned upgrade the existing Ringsend plant will reach capacity around 2025.

Mr Laffy said constraints prevented further development at existing plants in Ringsend and Leixlip. And he said a new single plant is preferred to multiple smaller sites because it has more benefits in terms of odour control and sludge treatment.

Campaigners against the plan who represent local residents, farmers, water sports enthusiasts, protested outside the hearing.

Spokesperson Bette Brown said the proposed plant will not give the same level of treatment as Ringsend. Catherine McMahon, representing local sea swimmers, said there are fears the planned outflow near Ireland’s Eye would affect Fingal’s only Blue Flag beach at Portmarnock.