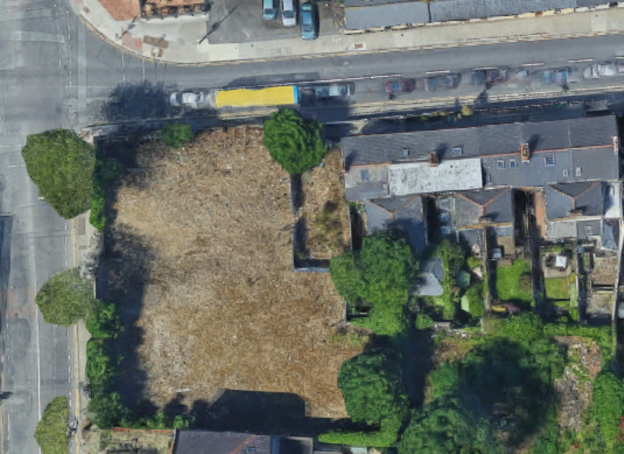 PAYMENT from 26 property owners has been demanded by Dublin City Council to pay the vacant site levy so far this year, with a further 260 sites being “considered” as eligible for the tax.

The measure – which is aimed at encouraging development on unused land – came into effect this year but recent figures year supplied by Minister for Housing Eoghan Murphy show that local authorities across the country have only levied 120 sites to pay the tax this year.

Figures provided by Dublin City Council to TheJournal.ie also show that there are 72 sites that have been entered onto its vacant sites register onto to date, with plans to issue requests for payment in the near future.  Minister Murphy has claimed that evidence so far shows the tax is working, but this has been disputed.

More than 40 appeals have been made to An Bord Pleanála over the Dublin City Council issuing notices for the payment of the vacant site levy, with independent TD Mick Wallace recently telling the Dáil that the tax “is not workable” with “major concerns” over what constitutes a vacant site.

The tax was introduced under the Urban Regeneration and Housing Act 2015, in an attempt to try to bring vacant land in urban areas back into beneficial use at a time when homelessness is at record levels, as is the cost of rent in Ireland.

It applies where planning authorities can designate a site liable under the levy where it has remained vacant and site owners/developers failed under certain conditions to bring forward reasonable proposals to develop or reuse the site.

incentivising the development of vacant or under-utilised sites

The rate that a property owner pays is based on its value. While initially set at 3% of the site’s value, some properties will also be liable for a 7% rate annually.

Minister for Housing Eoghan Murphy said late last year that his department would also monitor its implementation to see how effective the levy was at achieving its aim of “incentivising the development of vacant or under-utilised sites in urban areas”.

He said: “Without any changes to the 360 sites currently listed on local authority registers, it is estimated that the levy proceeds nationally could be of the order of €7.6m (applying the current 3% levy rate in respect of sites on the registers in 2018), increasing to €25.5m in 2020 (applying the increased 7% levy.”