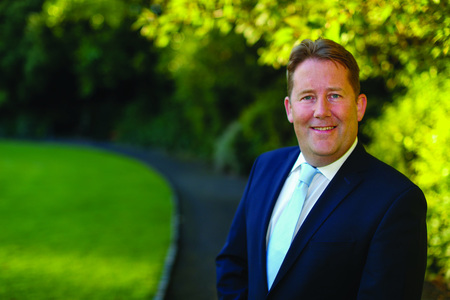 HOMES in coastal towns in the capital are under threat from coastal erosion, according to a Dublin TD.

Fianna Fáil TD for Dublin-Fingal, Darragh O’Brien, has criticised the government for “failing to recognise the realities” of coastal erosion as homes in Portrane and Rush, among others in North County Dublin. are under threat.

Coastal erosion is the loss or displacement of land, or the long-term removal of sediment and rocks along the coastline due to the action of waves, currents, tides, wind-driven water, waterborne ice, or other impacts of storms.

The power of the sea has shaped Ireland’s coast into what we can see today. Two main processes are responsible for this; erosion and deposition. Coastal erosion is the breaking down and carrying away of materials by the sea. Deposition is when material carried by the sea is deposited or left behind on the coast.

we have already lost one home to coastal erosion. It is only a matter of time before we lose more

The erosion, also known as coastal decay, is also caused by more frequent storms and rising water levels and Deputy O’Brien believes this is putting homes at risk.

He said: “The Government have been completely hands-off when it comes to tackling this problem. In my own constituency we have already lost one home to coastal erosion. It is only a matter of time before we lose more.

no plan or strategy

“I have raised this urgent problem with the Minister for Public Expenditure and Reform and sought an update as to where the multi-department National Coastal Erosion Strategy and Plan is at. His response will leave no coastal home owner with comfort.

“As far as I can see there is no plan or strategy. It appears the government are throwing small sums of money and firefighting the problem as local authorities report issues with coastal erosion.

“Our climate is changing rapidly. Storms and freak weather patterns are becoming the norm. This has a detrimental effect on our coast and homes.”