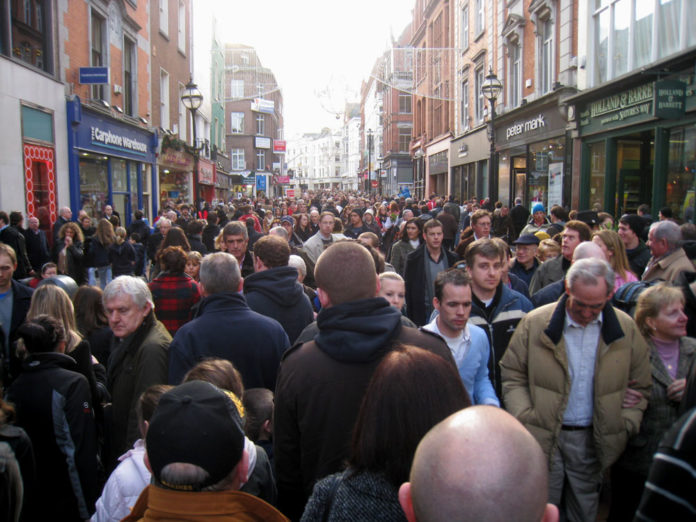 THE population of Dublin could increase by almost one-third by 2036, according to research by the Central Statistics Office (CSO). It is just one of several potential outcomes mapped out as part of the CSO’s Regional Population Projections.

The research examines population projections for each year from 2017 to 2036 using six different scenarios. It looks at fertility, mortality, internal migration and international migration.

Among the potential population changes mapped out in the report are:

The research is not designed to examine how the population could evolve in the coming decades, according to James Hegarty, CSO statistician.

“With international migration into Ireland of 20,000 persons a year and internal migration inflows to Dublin from the other regions, the population of Dublin is expected to increase by 31.9%, from 1.34 million in 2016 to 1.76 million persons by 2036, representing 31.6% of the State total,” he said.

With the same international migration but the population movement from Dublin to the other regions, Dublin would increase by just 11.6% to 1.49 million by 2036