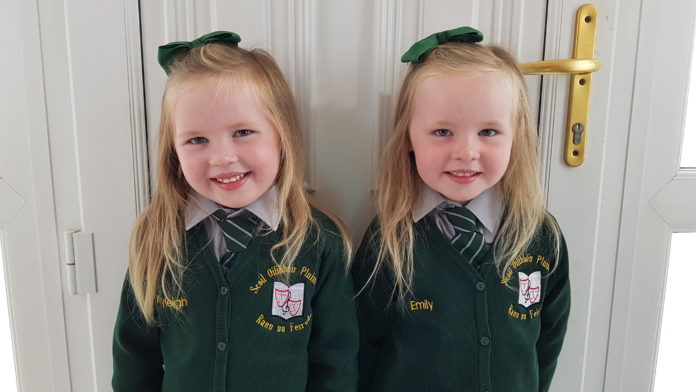 Donegal mother, Bella Ward, from Letterkenny, has shared her heart-breaking, amazing story of one of her twin daughters, Kayleigh, who was born prematurely in critical condition.

She was born with serious cardiac conditions and had to be airlifted to Crumlin hospital, where she received life-saving world-class care. Bella said she will ‘never forget’ the kindness of the nurses in Crumlin hospital, and said that she will always have a special place in her heart for CMRF Crumlin. CMRF Crumlin raises vital funds for Crumlin hospital and the National Children’s Research Centre (NCRC).

“My twin girls, Kayleigh and Emily, were born in Letterkenny Hospital at 34 weeks, but when they were one week old a nurse from the neonatal unit called us at 3am.” Bella said.

We were so lucky the girls were in the neonatal unit, and the team acted immediately.

“She told us Kayleigh was in a critical condition. It was terrifying. We didn’t know what was happening. We were so lucky the girls were in the neonatal unit, and the team acted immediately. We knew something serious was wrong with Kayleigh’s heart and a team from the Rotunda stabilised our baby girl so she could be airlifted to Crumlin Hospital. She was far too ill to travel by road. My husband and I drove to Dublin after her and it was, without doubt, the worst journey of our entire lives.” 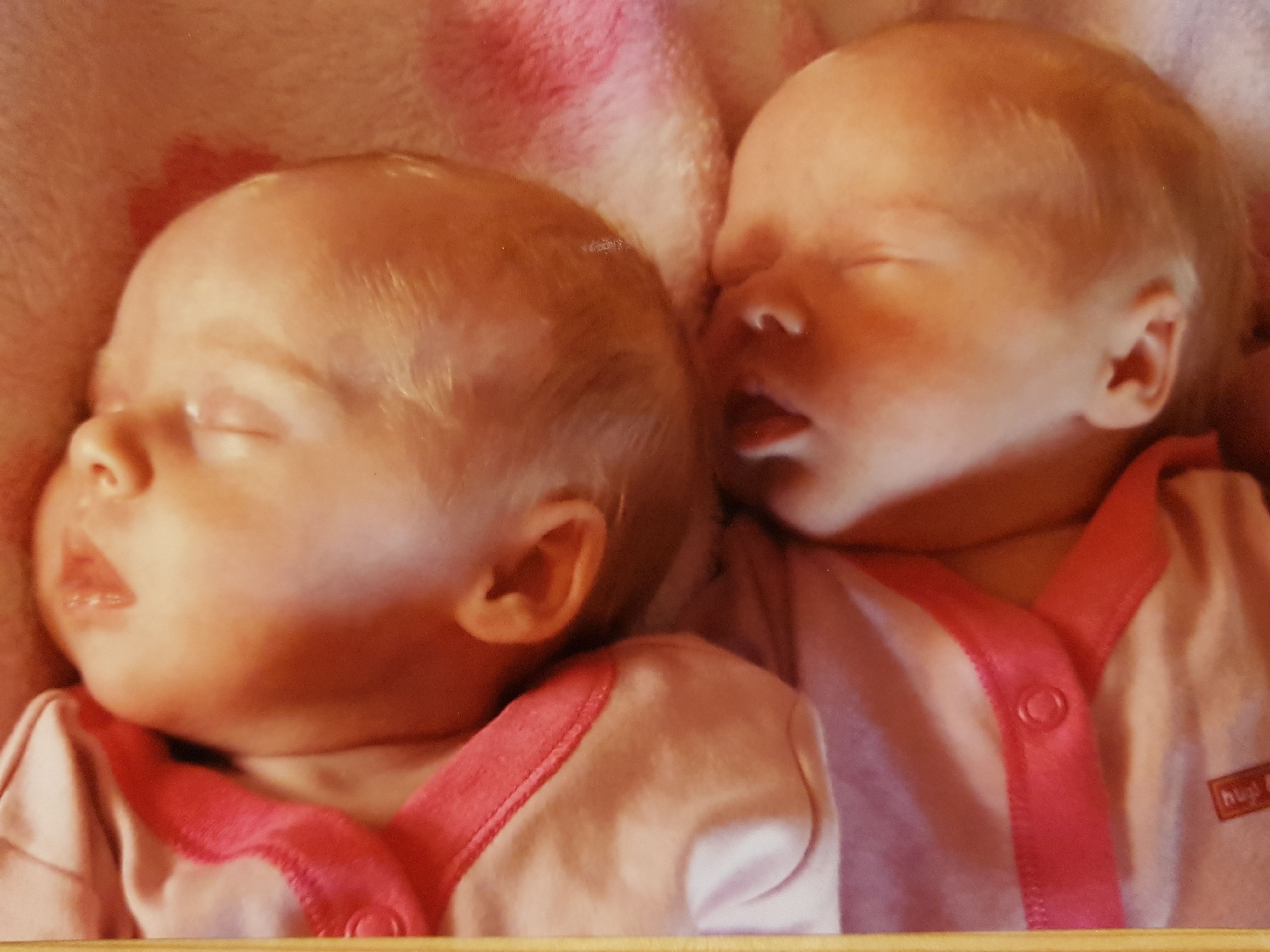 Bella explained that the duct in Kayleigh’s heart had started to close and her aorta was kinked. She also found out her tiny baby had Shone’s complex – four defects in her heart. Kayleigh had surgery to repair her aorta and after three weeks they finally got to bring their baby girl home. Bella said her mother was wonderful and took care of their other three children – a five year old, a three year old and a 10 month old.

“We didn’t see them for three weeks and it was difficult on all of us. I was so happy to get back to my family and reunite Kayleigh and her twin, Emily.” Bella said. “We brought Kayleigh back to Crumlin Hospital for a follow up appointment when she was seven weeks old and they noticed her aorta was closing in again and she was admitted again. She had her aorta ballooned and seemed to be doing well.

I was living my worst nightmare. That was the worst moment of my life.

“The day we were planning to take her home we got a phone call to come in immediately – Kayleigh’s condition had deteriorated rapidly. The staff were waiting for us at the door of the ward and we found out she’d had a cardiac arrest. I was living my worst nightmare. That was the worst moment of my life. My tiny girl was put on an ECMO machine to keep her alive and the team talked us through everything. It was a blur, it happened so quickly. We were in shock and had to prepare for the worst.

“After 24 hours Kayleigh came off the ECMO machine and was doing well. We really couldn’t believe it, it was such an emotional rollercoaster! There was a possibility that Kayleigh could have long-term health issues after this, but she’s five years old now and is doing incredibly!

“Kayleigh has annual appointments in Crumlin Hospital now, but luckily she hasn’t had to stay there since she was seven months old when she was in for her aorta again.

Kayleigh and Emily are the best of friends. They mind each other and they’re doing great in school. Their personalities are very different; Emily is quite shy, while Kayleigh is outgoing and confident. I think that’s because of her experience in the hospital.

“Kayleigh gets herself in the most trouble too! She fell out of bed and got a concussion, she swallowed money and last July she fell off the trampoline and broke her arm. We’d wrap her up in cotton wool if we could! Sometimes I think if I roll her in bubble wrap, it would be safer! 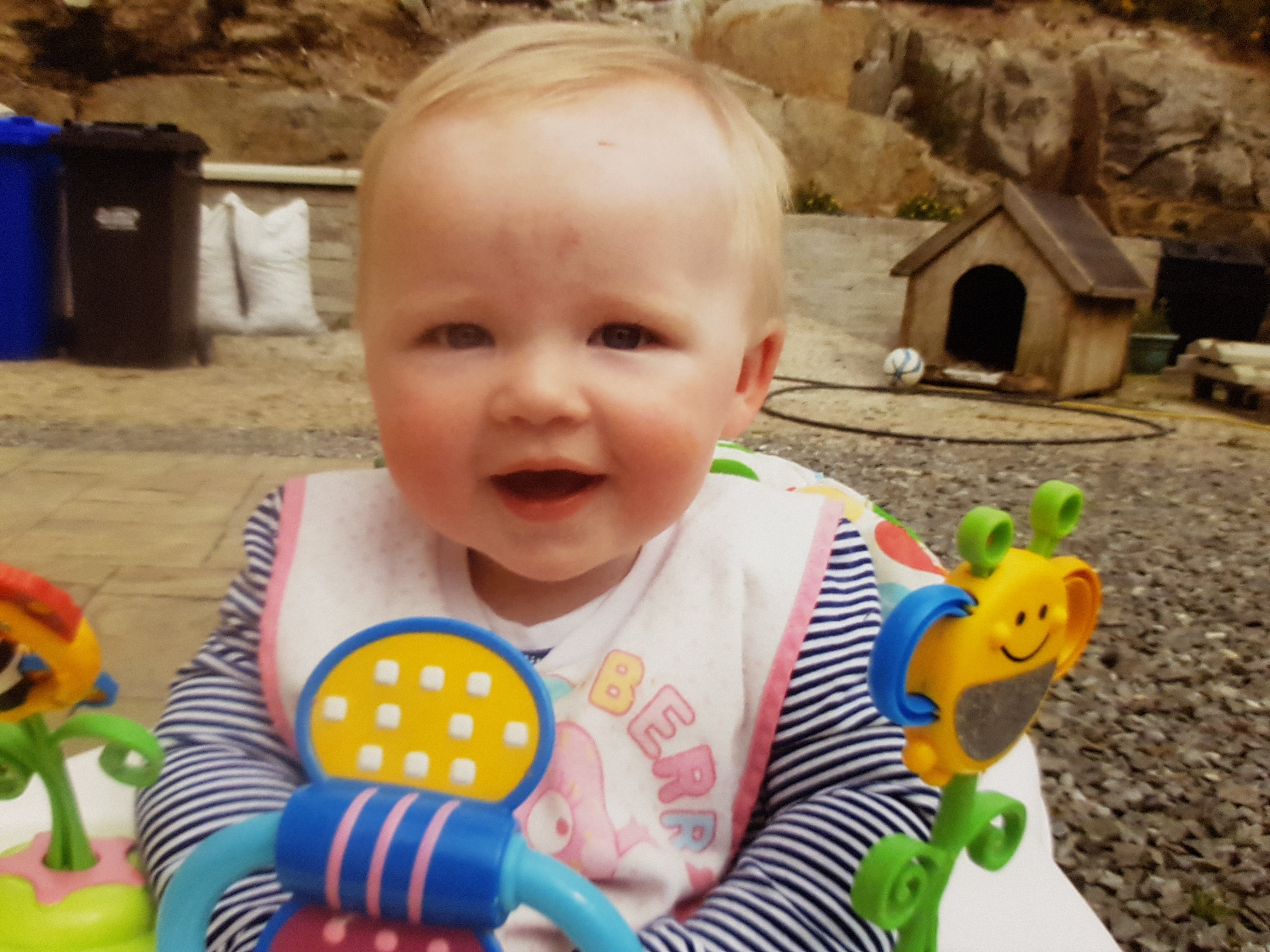 “When Kayleigh was in hospital it was the scariest time for our family. We have such a huge amount of respect for Crumlin. My daughter wouldn’t be alive without the gifted, exceptional people working there. They’re like a family. They take care of you too. Crumlin Hospital is a very special place.”

Bella has urged the public to help support some of Ireland’s sickest children by donating whatever they can afford to https://cmrf.org/donate

GAA footballer and yoga instructor stretching the limits of possibilities for...