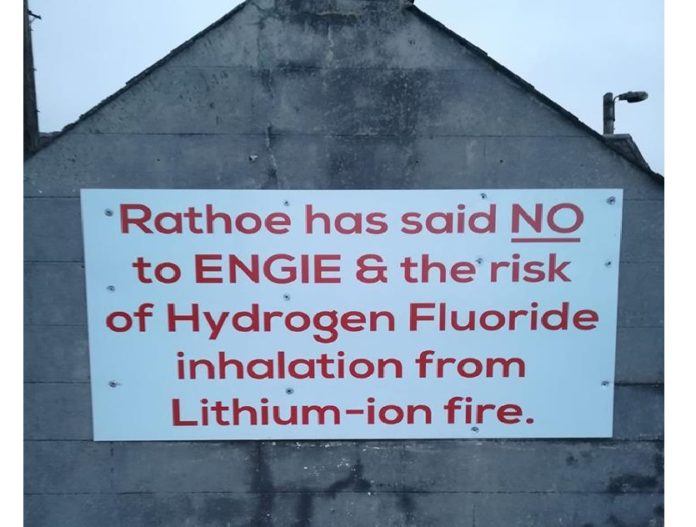 IT was now “virtually impossible” to stop construction of a lithium ion battery storage unit in Rathoe, despite continued unrest in the community, Councillor John McDonald told the monthly meeting of Carlow County Council, when he raised the issue of An Bord Pleanála giving the green light to the storage unit.

He said there were “a lot of people very unhappy about it.”

He questioned what course of action was now available to the community.

“There is grave concern in the area for this,” said Cllr McDonald. “If there’s a fire there, have we the facilities to put it out?”

only option is to prove that An Bord Pleanála acted incorrectly

Cathaoirleach John Pender said he shared Cllr McDonald’s concerns, but remarked that the matter had been through the planning process and had been granted planning approval.

“It’s the legal route only now,” he said.

Councillor William Paton agreed said: “The only option is to prove that An Bord Pleanála acted incorrectly.”