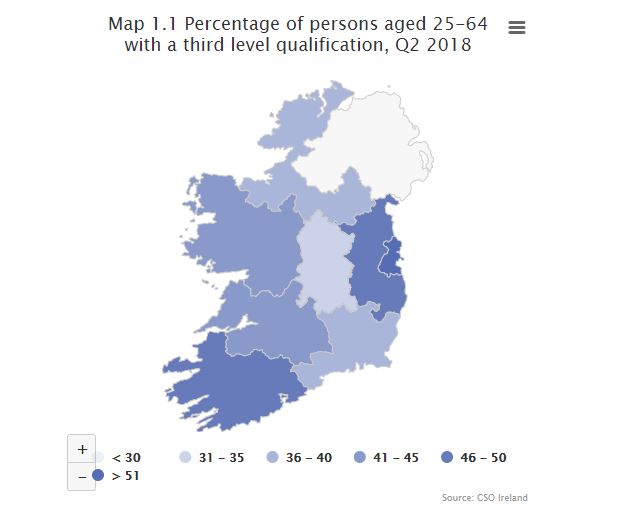 DESPITE the presence of Institutes of Technology in Carlow and Waterford, the South East is lagging behind the rest of the country when it comes to people with third-level qualifications.

A new report published by the Central Statistics Office (CSO) indicates that this is hurting employment prospects in the region. It reveals a direct connection between high unemployment rates and the proportion of the population with third-level qualifications.

The Educational Attainment Thematic Report survey shows early school leavers are up to three times more likely to be unemployed than those who have educational certificates.
The recently published CSO figures reveal unemployment rates in the South East region currently stand at 7.2%, the highest of any region in the country.

Nationally, the latest CSO figures reveal that 25% of early school leavers are unemployed compared to 8% of people with either secondary or third level qualifications in the 18-24 age group.

Nearly half of all adults aged between 25-64 years (47%) now possess a third level qualification. The CSO stastistics show that just 5% have no formal education.