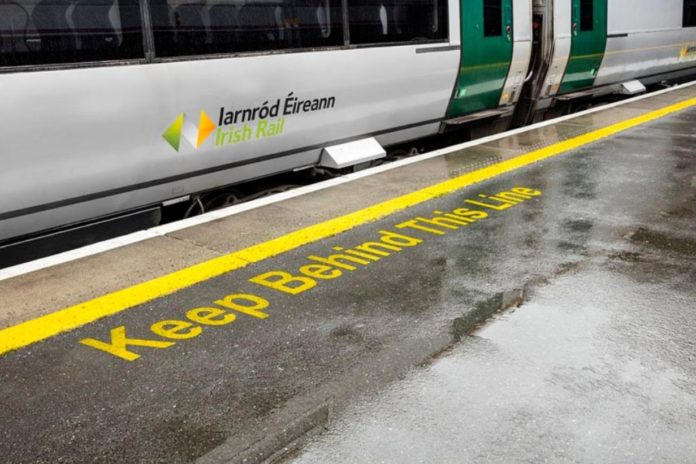 A NEW five-year contract has been signed that will see €1bn invested in the country’s rail infrastructure. The funding, that will cover 2020 to 2024, will be used to improve service reliability and punctuality as well as improved journey times.

The funding, which is approved by the Government, is being provided through the Infrastructure Manager Multi-Annual Contract (IMMAC) which will be entered into by Minister Ross and Iarnród Éireann for the years 2020 to 2024.

The investment will be made in rail civil engineering programmes, including track relaying, signalling improvements and safety initiatives.

The news comes a week after this paper reported that Carlow commuters, who travel to Dublin daily, had to contend with “oversubscribed train carriages”, according to Fianna Fáil Senator Jennifer Murnane O’Connor who said she was “angry” that the passengers would have to wait until the end of 2021 at the earliest before they would see any additional capacity.

Senator Murnane O’Connor said: “The problem has become so bad that last month commuters were encouraged to stagger their train journeys due to overcrowded carriages.

Senator Murnane O’Connor called for additional carriages on the Waterford to Dublin line due to trains being “dangerously overcrowded at Carlow”.

Commenting on the new proposals, Barry Kenny, Corporate Communications Manager at Iarnrod Eireann, said: “This is about renewal of essential infrastructure, such as rails, bridges, level-crossings.

Minister for Transport Shane Ross said the money marked an almost 40% increase on the level of funding provided between 2014 and 2018.

OAPs miss out on pension top-up

He loves, he loves me not: we have highest divore...

Locals make a clean sweep of the Tidy Towns

OAPs miss out on pension top-up

Fury over Traveller remarks on crime